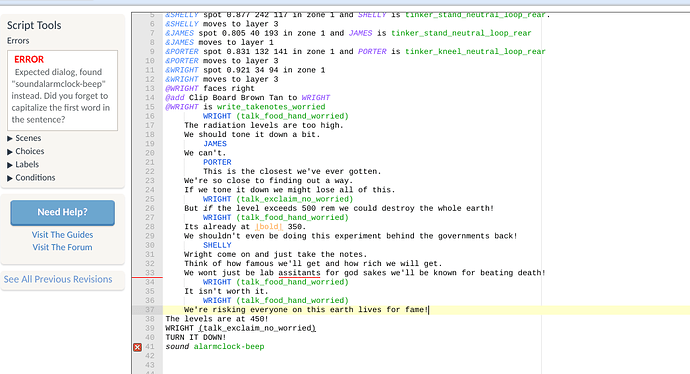 Using the music command would put the sound effect in a loop, using the music command wouldn’t be a good idea here. I’ve also found that certain sounds, despite being in the portal, don’t work because of that hyphen in the name. If there’s another alarmclock sound with an underscore (_), try that one instead. (For example, the sound ambient-birds doesn’t work, but ambient_birds does.) I’m not completely sure if this will fix your problem (especially because I’m not looking at the portal right now), but it’s worth a look