I have no idea what to name my story… The stand in name is “the race” but I don’t rlly like it cuz it’s a little boring. I want to rename it either another better name or whatever the name of the in-game tv show that the story is named after is… here’s the bio:

You’re about to go on the journey of a lifetime as you go on the world famous show, The Race. But there’s a dark secret behind the show… Can you make it to the end, or die trying?

Ooh that’s a good one

It is a little longer but, “Living to see the finish line”

Hello darling, just peeping in and would like to suggest a title :))

idk but I feel you need to focus one the twist part (dark secret)
But if you want an advise then, I usually go to the what’s your (unicorn, ghost, creepy pasta etc) name and make some random combinations
random example 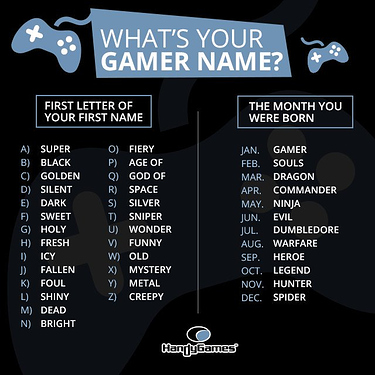 Dead legend sounds good as a story title. Sometimes that helps me