Honest Reviews for Your Stories! (CURRENTLY CLOSED TO CATCH UP)

Hello, I’m off work tomorrow and so I figured I would do some story reviews!

I will review your story in real time (meaning I will write what I’m thinking as it is happening). Than at the end I will give a summary review of what I think.

This will being happening tomorrow only (as of right now). Please use my form below. I will NOT rate a story if it contains strong themes that can be rated “R” if it was a movie. Strong language is fine, but I don’t want to read an erotica, anything about abuse, or anything of that sorts.

I would love to!

Genre: Adventure/Fantasy/Comedy (If that makes sense)
Title: Save Me, Hero!
This story has 4 episodes.
HERE’S THE LINK!
I really hope you enjoy it!

Story Name: I will always find you.
Genre: Horror/Thriller
Link:http://episodeinteractive.com/s/5941749403746304
Number of Chapters:13
Thank you for making this thread. I will check out your story.

TITLE: No Strings Attached
AUTHOR: Alyce Winter
GENRE: Drama, romance, mystery … all the good stuff
DESCRIPTION: You decide to get involved with an attractive stranger. What happens when you’re wrapped up in more drama than you can handle? So much for no strings… 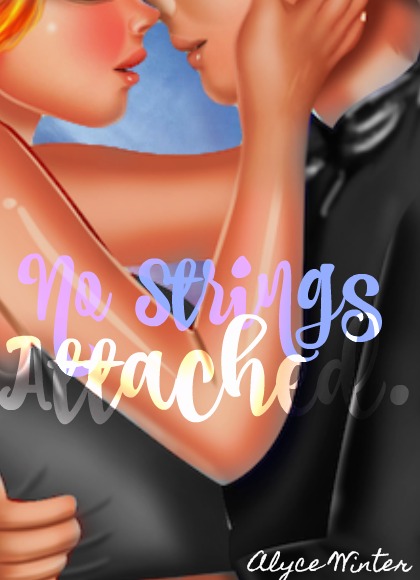 The Best Stories Are Worth Sharing: No Strings Attached

Title: A Spark of Hope

Description: Your exboyfriend from the past moves back and your bestfriend of many years is not okay with. How will you handle the drama?

How many episode would I want you to read? 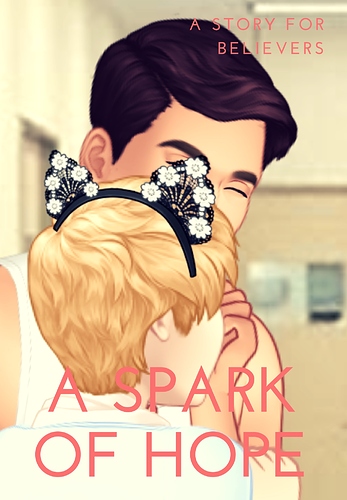 You can play from two points of view in certain episodes!

Description: You’re off on your own in the city. But being young (and hired by a rich businessman to keep his affairs separate) it doesn’t take long for you to sweep up a giant mess cc cm 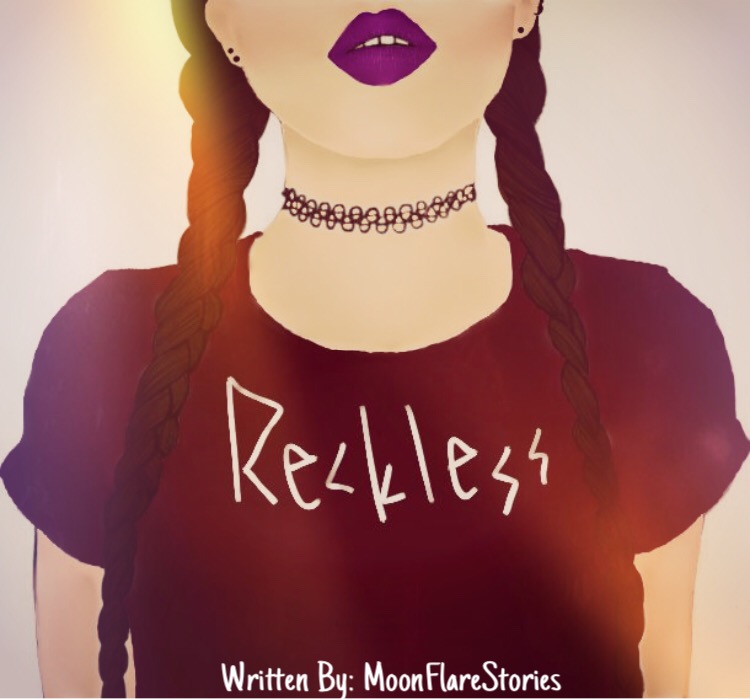 Okay, finished reading the 4 chapters. These are my final thoughts:
Please work on the speech bubbles. Your zooms and directions are amazing and your story would be amazing if the bubbles weren’t covering your character faces. Have the warning splashes at the beginning of the episodes. Your chapters are a great length. I would have more meaningful choices in your story as it makes it more interesting. The plot line is interesting.

Keep up the good work. With more polishing your story will be great!

Story title: Teacher or Queen?
Author: Mystique
Genre: drama
Episodes published: 13
Description: After years of searching she had finally found them. Can she get close to them?
Her destiny is about to change forever. What will she choose - who will she become?

The Best Stories Are Worth Sharing: Teacher or Queen? 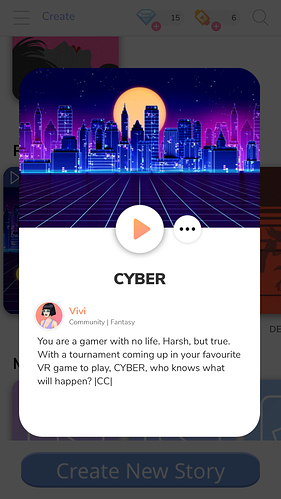 Unfortunately, I cannot continue with your review of chapters. I started chapter two, which I’m happy you had a warning about mature content (I suggest you place this in the first episode). However, this warning, mixed with the suggestions of abuse I noticed in the first episode, this is not the type of story I would like to read (trigger story). Please let me know if I got this completely wrong as a first impression, and I will gladly pick up with where I left off.

I do have to say, the first chapter’s length was great! When it said trailer in the beginning, I thought it would only be like a minute or two…but it was the length of what I would call a full chapter. So bravo!

The good thing that the first chapter episodes lets us read it for free, so we don’t waste tickets.

I did the trailer/teaser.

All in all, I found your story fun to read! I can’t wait for the next episode and plan on tuning in. Your story is well thoughout and written. Your directing is amazing and only had a few errors. The main one being the first choice about going to bed and not watching Lion King.

No problem at all! I hope my review was somewhat helpful for you! Yes, the main thing I think is remembering it was a trailer throughout the entire episode. That was one of biggest issues lol.

I’m currently working on an intro as if the story is a TV show, so there will be a sound warning prior to.

I fixed this recently! She makes a point to mention that she uses it as “background noise” to fall asleep (because she can’t sleep in silence), so when he brings the box, she’s asleep; but it is playing. So later, he brings it up because, well, who the hell sleeps with a loud TV on?

Def. not a plot hole lol. Everything comes together including the relationship between MC & Milani lol

She actually goes back inside because she changes her mind about the party. (then he calls her while she’s going back in, blah blah)

The relationship between MC and Noah is 1000% up to the reader.

I totally forgot about the names! I’ll fix that now.

The background guy is an overlay lol. Didn’t want to have too may characters and make the animations freeze up.

I have NO! CLUE! how to fix the sliding. I’ve tried everything

Speech bubbles are still a toss up for me, considering this is my first story lol… which is also why I get super excited for compliments on directing. It means I’m doing something right!

Thank you so much for the review! I’ll start fixing the errors (specifically these bubbles

So, unfortunately, this story isn’t for me. Mixed with the first two super long chapters, it was tough to get through, to be honest. I had to keep trucking through the three chapters. I’m sure other people would love this story though! It’s just not my cup of tea. One thing I would really work on is your apostrophe’s and ending your sentences with the correct punctuations. I would also fix the speech bubbles in the areas I mentioned above. Good luck with the rest of your story!

No problem at all! I would ask @Dara.Amarie about the sliding thing. She is AMAZING at coding! She might be able to help with it.

Okay, so first off, I LOVE this story! I love that we get money for the good job we do, or lose it if we do a terrible job. It’s so fun! A few main things to work on: 1) make your chapters longer. I didn’t want to stop reading and they ended so fast! 2) Work on your punctuation. A lot of your sentences don’t end in periods. Your story was amazing and I added it to my favorites, I can’t wait till the next chapter comes out!

The reason I put a disclaimer is because people usually complain when a story isn’t realistic. So I’m letting them know that its fiction (and a product of my imagination) therefore certain parts of the story may or may not meet the realistic requirements.

Yeah, the other hair lengths are locked, but they will have the option to choose other hairstyles in the future. (Dara A. Marie has a template that is updated on her linktree account)

The reason I let them customize their parents are because I usually hate stories that automatically create the parent because they end up looking like poop, the color is usually a bit off and they look ugly. For example, in a story I chose pink hair for my character and the Dad ended ip having pink hair. They end up looking nothing like the main character in my opinion. Also, the parents play a big role in my story along with the other characters.

The lips moving and characters not talking lol. I have to explain this, but have you ever watched a movie and the main character is narrating over their own actions (whether it is lauging, walking, or interacting with friends… thats what I was going for). Also with the mom talking while Ren said “I’ll call you”. She is talking to the Dad, (for example in plays where the background characters talk but you cant hear them because they’re focusing on the main character… or when you have background characters in your story and they are talking to another character)

The reason I spelled curse word with the dashes is because When you read it, I want you to read it in your mind as the actual curse words but I don’t want it to be shown in the dialogue as the full word. And I also don’t want to use fudge and butt because that sound weird and for example Ren is a bad ass, he’ll look weird being angry and saying “What the fudge?” Lol . I’ve seemn stories where people use symbols in for the rest if the word. Its just a preference.

Yes, I LOVE HARRY POTTER TOO

I watch every single one every halloween!!

Btw, thank you! I know I made a lot of grammatical errors from typing fast and not really thinking properly when wording sentences. strong textI will correct those errors asap.

The reason I said “really Ren” is because he said “please dont see me” but he was standing in the wide open and the nurse was on the side of him. So it was stupid of him to think she would not see him. Anytime I use a readers message I’m usually reaponding to the last dialogue spoken.

I’m from the caribbean so we say “its half 8”. Its just dialect.

. He is weird and unpredictable at times.

About Nylah and Michael ages and relationships etc. Nylah is 17, she is going to be turning 18 sometime throughout the story, Ren is 18 and Michael is 22. He graduated the 12th grade at the age of 16 (So did I lol) and graduated college at 22 ( I KNOW IT SOUNDS WEIRD NOW BUT IT WILL ALL MAKE SENSE IN THE FUTURE EPISODES).

Ronald Krumps is “Donald Trump”. I didn’t want his name in the story but I wanted to reference how he always says “huuggggeee” and also beause it is a product of my imagination.

Michael wasn’t invited to the party but he is still young. He only came there to look for Nylah and apologize for being unprofessional. He is also friends with Jonas ( Rens drummer) so he knew she would possibly be there.

When Ren said “Jail”, the party scene ended because I used a transition to fade out and the scene cut to him at the police station. Certain shows and movies do this, to make it more dramatic. I didnt think I had to explain anything or put any more information because he literally knocked the guy out therefore he ended up at the police station lol.

“Lets head to my office” - the scene was focusing on the mom and the police at the time. Nylah and Ren were having there own concersation at the time. Thats why as soon as the mom and the police left. The dialogue began with Nylah and Ren because the scene is focusing on them now. Lol, again its just a technique I use. A lot of other people understood what was happening when I did that.

I hope you can understand some of the things you were confused about. Thanks a lot for the review and the feedback. I will correct those errors right away! Sorry if it isnt your cup of tea. God bless!

Oh btw, they said I love you in a brotherly/sisterly way. Thats why i gave them neutral animations instead of the flirtacious ones.