How can I get reads?

I’ll just be patient and keep trying all of this!

Try promoting in any of the promotion threads on here

and keep doing what you’re doing. The reads will come.

Hey everyone !
How do we get the “k” and “M” readers on our stories!?
I’m new on writing but I’m putting so much effort in my story and giving it so much time. I made an insta account called fatime.episode1 inorder to support my story but I only have 18 reads!
My story is called: to the stars and further
ANY HELP?

There have already been a lot of helpful tips on this post, but I’ll post my suggestions anyway

. As a few people have mentioned, what you really want is loyal readers not just reads.

Read-for-Reads are a good way to get started, particularly if you don’t know anyone in the community, but as people have pointed out, it has a lot of drawbacks. The biggest issue is that most people will commit to reading 3-4 episodes but won’t read past this. Essentially these people are “fake” readers and this will also hurt your reader retention. However, you might find that some of those readers do continue reading your story and it’s also a good way to get a start, so read-for-reads aren’t all bad.

Reviews (both on here an on IG) are another way of getting guaranteed “reads” (most reviewers tend to read 3 episodes, but some may only read 1) but again, a lot of reviewers won’t continue reading your story past the three episodes. One of the benefits of reviews though is that the reviewer (if they’re good) may help pinpoint your weak areas and advise you on what you could change to make your story better. If you get a good review from a reputable account (particularly on IG), you may find a lot of their followers read your story if it sounds interesting to them

Entering official contests are a great way of getting reads! This obviously doesn’t work for stories that you’ve already published (at least not directly), but a lot of people find that their contest entries get more reads than their other stories because of all the authors/readers who make sure to support as many entrants as possible (by both reading and also shouting out those stories on social media).

Updating frequently is a good way to attract and keep readers. If you don’t update for a while, people may forget about your story. There are some readers who also won’t read a story unless it’s complete or there are a lot of episodes (and they can tell that the author WILL continue). Updating frequently will also help your ranking. You’ll notice that even the top trending stories will start to drop after a week if they’re not updated.
Having more episodes can also help your ranking (and obviously the amount of reads) but don’t purposely release super short episodes to do this. If someone binges your story, the more episodes you have then the more reads you’ll get. The more reads you get in a short time-span, the higher up on the ranks you’ll go and the higher the chance that more people will see (and read) your story). (So if you can release more than one decently-sized episode at once, this will also help your reads/ranking.)

Promoting your story can be a way to get readers. I often browse through random IG accounts and check out people’s screenshots of their stories

. I also think it could help if there’s a post with the story’s description somewhere. If you don’t have a lot of followers, maybe try getting involved in the community? Comment on group accounts’ posts (such as discussions, votes etc) because I can’t be the only person that creeps accounts

(I really hope I’m not

)
Speaking of which, I often creep people’s forum accounts so it might be a good idea to make sure your story’s title is in your bio!

Make sure you have a cover and an interesting description. I know you can’t judge a book by it’s cover but I probably won’t read something without one. Even a basic cover shows some effort.
Make sure your story is in the correct genre. If you can honestly put it in a category other than romance or drama, then do so :). Those genres are less competitive and it will be easier for people to find your story in the trending sections (but please don’t throw your story in horror or something just for the reads).

I will update when I think of more

Wow that was long lmao. Sorry for rambling.

These are great! Thank you so much.

You can post your story on Instagram, or do a bunch of read for reads. A couple weeks ago I was at 20 something, now I’m at 84.

This helped me but maybe add some screenshots of some interesting moments in your story! This will make people curious and see what your story is about.

Also, @zen.zelee what is your story called? I can check it out if you like 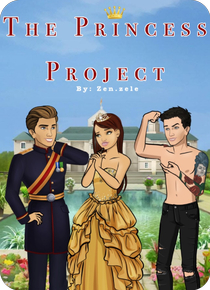 This is my story cover and link! If you check it out, feel free to tell me what you think

Sure, I’ll PM you my thoughts

I can understand the struggle. I have like 200 reads on my story which took my two years to get. I am no longer continuing this story, as I have switched episode accounts. People get attracted by a good cover and a good description. I didn’t have those. I’m not saying that a good cover and description can instantly get you readers, but it might help.

I feel like gaining readers has an element of luck to it too! Sometimes the opportunity comes when you encounter someone who is more than happy to read your story and if they enjoy it, they will spread the word (I love sharing stories I enjoy with people haha)

Agreed! I think the mistake I made was putting my story in the romance genre! My next story definitely be somewhere else lol!

My story is a drama and yikes it is a hard genre to trend in.

Hello I’m new in all this and I am currently focused on my new story that I’m working on and is now published called “The widow next door” if anyone would like to have a read, it’d be great. I would like opinions and questions hahaha <3

Do you have a social media

I don’t have an episode base insta but search me on episode as chanel ferris or C.F