How do I make the script go smoothly throughout narration with additional characters?

I have it so the screen is panning while there’s narration. But I have a lot of extras in the screen plus the original characters and when it switches to the next scene, the narration pops up but then it takes forever to pan because of all the extra things added in. Is there a way this can happen smoothly without it taking a long time to get the characters in position with a long pause then pan? It looks choppy. 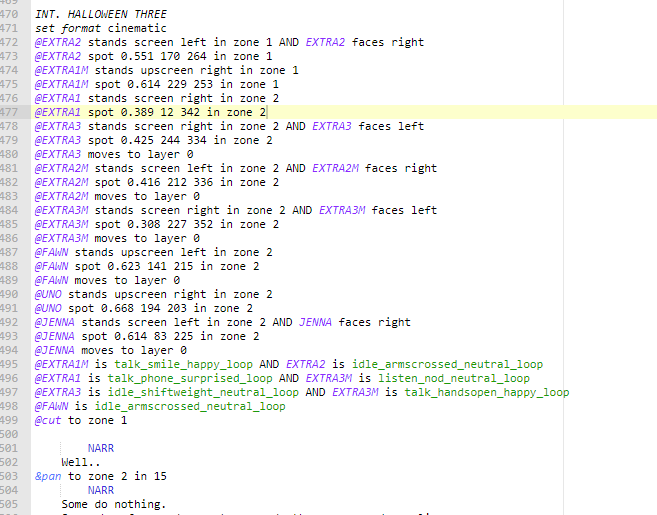 Well, you could use & instead of @ so the characters appear at the same time

so yep, see if that works

It works! Thank you.

So when Vanessa appears, the camera also cuts

That makes sense, I wasn’t sure what command it was. Everything happens at once now ^^ ty!