How do you use inputed names by readers in coding?

I was having some trouble figuring out how to use the name chosen by the reader in coding.

How would I use the name inputed in dialogue and Narrator scenes, because anytime I try to use the: FIRST NAME (animation)
(Or)
NARRATOR (FIRST NAME)

It comes up saying script error.

Example-
So, my name is Jazmine, and here’s a story I’m reading (called “Through The Worlds” by Ksenia//WHICH I 100% RECOMMEND!! It is so good!!:)) but, how do I make it so that the main Character’s name pops up like mines below? All of the YouTube videos say to just put the main Character’s name as “You” but I would like it to be the name imputed by the reader.// If that makes sense… 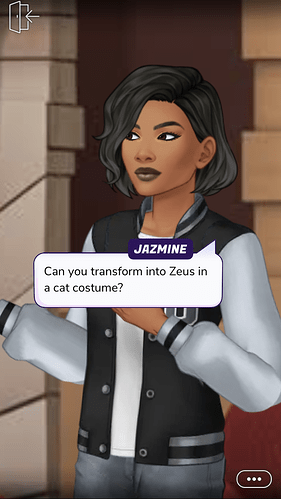 Script Name - the one that is written in the script (cannot be changed) Display Name - the one that is shown to the reader (you can see it on top of the character’s speechbubble) and it can be changed. It can also be left blank. Leaving the display name blank is good for mysterious characters. Display Names: As mentioned previously, you can leave display names blank and save. ex. Script Name: JEM Display Name: In the script, you can write: JEM I’m just a mysterious woman. You’d write th…

For example. Script name is written in script so like YOU (animation) while the display name is what the reader sees (on top of the speechbubble). To see it show up in text as well can write [NAME] in dialogue (basing it on what was used in the naming input).

NAME and YOU are just examples from so many. Other examples:

Script Name: YOU
Display Name: YOU

And so many more!

to repeat, replace DISPLAY NAME in the naming input with anything you want to use (NAME, YOU, JEM, etc.)

If you make a character called JEM with the same display name and script name and write:

What the reader sees: