How should I approach this? 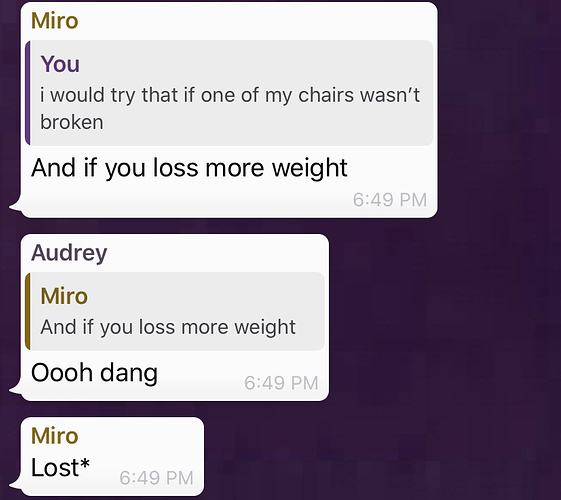 I don’t want to act like I’m affected by it but it really stings. I don’t think I’m fat but it’s kind of scary to post a picture of yourself on the internet.

If you don’t feel comfortable posting the picture, then don’t. Don’t do it even if someone’s pressures you to.

How do I deal with this guy? He’s really mean and makes me feel like crap.

You should block him or ignore him when he’s insulting you.

if someone can’t respect your opinion and pressures you into something you DON’T want to do just block him. you shouldn’t surround yourself around others who have to bring others down in order to lift themselves up. you are worth much more <3

just because you are insecure about your small penis doesn’t mean you have to be rude to others.

and then block him

It’s okay to feel stung and hurt by this, most people probably would be. If he makes you feel like crap, don’t hang out with him. Block him. Hopefully he may stop when he realises he’s trying to insult a brick wall. You are worth much more than these types of people. Remember that whilst you should ignore him, it doesn’t mean that you have to suppress your feelings of hurt. Talk to someone you trust about it, if that’s something you’re comfortable with doing. You’re beautiful

just because you are insecure about your small penis doesn’t mean you have to be rude to others.

As nice as it is to get “revenge”, insulting others won’t get you anywhere and won’t make you any better than him.

Like others have stated the best thing for you to do is to block him.