How to include pictures into episode

I need help with figuring out how to use pictures in my episodes. For instance, I’d use a phone overlay and I would want the background to be the MC and a love interest. However, they are both customization. Or, a picture of the MC, who is also fully customizable .

How do I write that into a script?? Including the overlay.

because this is totally different things. 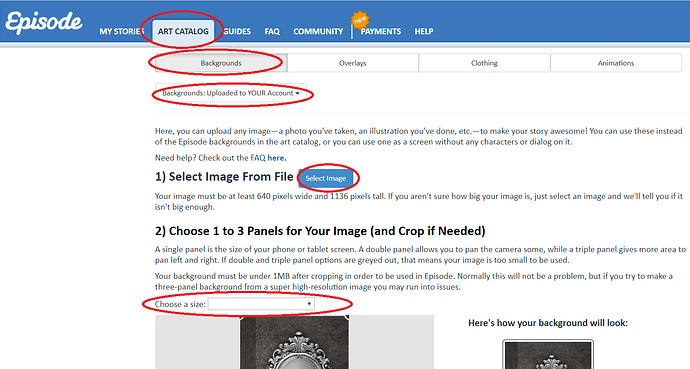 1) Having character in the background of phone

It is similar to having character bein on TV - just on TV you give him animation to speak while being background in the phone you give him " pose animation" to make it look like a photo.

How To: Place Characters In Tv & Characters Outside Tv Directing Help & Tips

Guys. Check out this awesome video by the one and only Joseph Evans. He does it in the script so it should be easy for u guys.

yeah do this, great idea

You can do that! Just put them in an animation that has “pose” in its name and use the & command while placing them so it will look like a picture.