I need my characters to do the same thing at the same time but I keep getting an error when I attempt the code, any ideas?

I tried it and it’s isnt working so I changed it back want me to send a picture of it so you can write it for me? 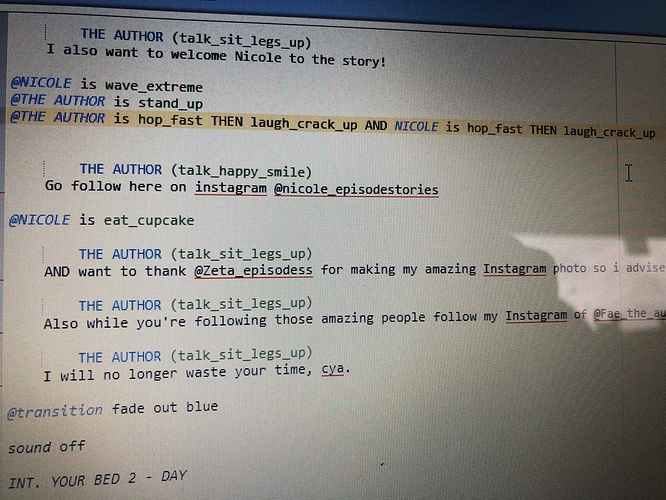 Try making the 2nd action into a separate line of code

Thanks for trying to help anyways

The reason why your characters aren’t doing it at the same time is because you have character 2’s actions coded to happen after character 1’s first action. This is how you code it