How to use overlay loop animation?

I’m using 2 overlays and I want them to look like two separate electric explosions,

so I wrote the opacity changing over and over to make it flashing and it worked on the first one (electricpurple),

but the second one (electricblue), even though it seems fine in online preview, it gives me an error message in the app, so I think I might need to use the loop infinite times thing, but I don’t know how, can anyone help? 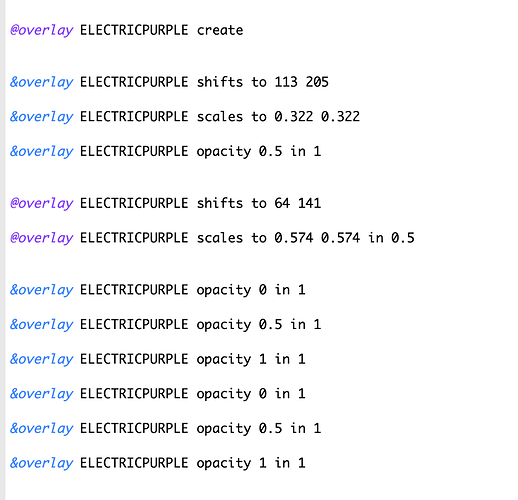 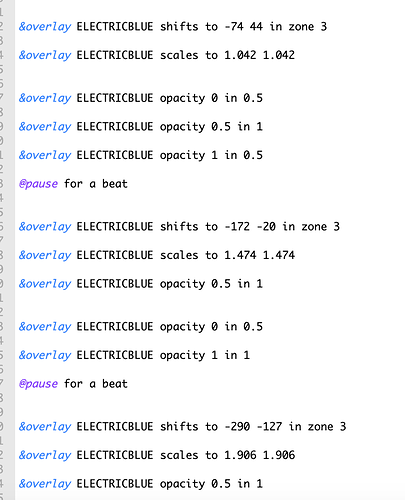 those are only part of the script ^

I think I might see your problem! You’re missing the line to create the electric blue overlay. You created the purple one but not the blue.

do you have anywhere the

@overlay ELECTRICBLUE create command? or you have it next to the background?

Yes I did put it there, that’s only a portion of the script cause there’s a lot.

What does the eror in app say?

I had this only when I had hidden comand using # by an overlay which was actually deleted from the art catalog but the script even with # knew it is there preview as you say was OK but app got me a warning… But guess this is not your case… I guess best will be to write a ticket to support because it more seem to me like some app problem… And thay can dig more deep in it.

Woops I just realized I accidentally animated the overlay before I put the @create command, I fixed it now!