I already made a thread about this, but I still need more answers

Hi! I made a thread about how I didn’t know how to be funny.

How do I write a comedy story when I have no single funny bone in my body?! General Chat

The title says it all. (also I did type up the title in all caps, but it obviously made it all lower-case)

So, I am writing a comedy story. I still have no idea how to be funny. comedy is subjective, so there isn’t much I can do when I think something is funny and people will like it, but it turns out that there are people who don’t think it’s funny?? (That didn’t make any sense

)
This is the important part.
One of the assassins in my story (my story is about assassins) is an aspiring stand-up comedian and he would like to be on what is the equivalent of SNL. So, basically what I’m asking for is help with stand-up and what jokes to include and that type of thing. PLEASE, PLEASE REPLY TO THIS THREAD AND LEAVE ANYTHING. I am so desperate at the moment, it’s actually so bad.
Thank you for clicking on this and reading through it if you did.
Random tags: @Amphia @emmastarz @LemonProductions @queen.sofia @ciciliano @Youngbl00d @Aquabelle @Ouijiloveletters @PurpleRadiance @CiCe @Caity09 @CrimsonJewel @SofiaxD @CancerousLove
SORRY IF YOU DIDN’T WANT TO BE TAGGED.

I have considered that (not stealing directly, but kind of going along with some of their style of sketches) but then I thought about it and it wouldn’t really exactly vibe with my story. lol

I would definitely watch some stand up shows and try and get inspiration from them
Some recommendations:
Dave Chappelle
Dimitri Martin

Here are some jokes that I got for my story. Maybe you can get inspired by them?

@casuallylaughs Thank you for the suggestions! I will go check them out. Also, I love your username!
@queen.sofia Thank you for the jokes! I love the second one. They are all so, so funny! Did you make them up? I have seen the last one before somewhere, but I haven’t seen the first three.

Noooo, I wish I was that funny. But, I searched them up online and changed them up a bit, also you might want to watch some comedy movie. Or just write a rant about cliche story?

Also, I love your username!

@Youngbl00d- Thank you for the advice! I really appreciate it. I also understand what you’re saying. I feel like the sarcasm thing would work for the assassin that is going to be into stand-up. I would be willing to PM you for more help! You are very helpful. x
@queen.sofia I see! It was still very creative and funny. Thanks for the suggestions! I kind of like that (ranting about a cliche story.)
@casuallylaughs- Of course! x
It’s no problem

No worries! Sure you can PM me (and I’ll try not to ask my bestie, Google, for the answers.)

@Youngbl00d You are helpful! Don’t doubt yourself 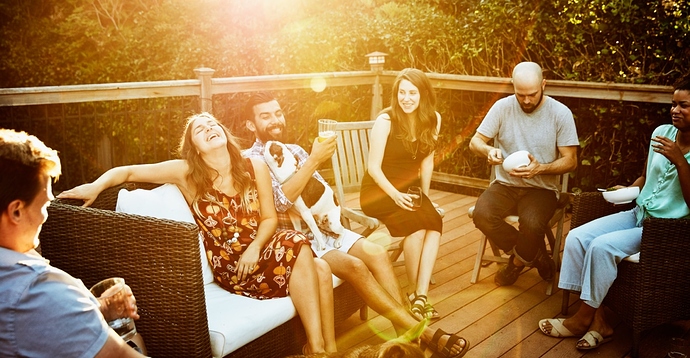 How to Be Funny: 7 Easy Steps to Improve Your Humor

Some people are naturally funny, but being funny is also a set of skills that can be learned. Check out these 7 easy strategies on how to be funny.

I mean, I know a couple jokes…?

@Youngbl00d Thanks for the website, I’ll go check it out!
@Ouijiloveletters That’s great! Whenever I make a joke, people call me out for not being funny hahah

I’d love to PM you about it!

A lot of comedians that I watch like Fluffy (Gabriel Iglesias) and Jimmy Yang talk about their upbringing and childhood.

Irony is a great tool, but I hate it when it’s like on those Disney shows, where the irony just gets wayyyy wayy too old and you just expect everything (and the moment the ironic thing that you expected happens, you’re just like “ugh.”)

Omg I just watched the video and it was so funny!! Thanks for sending that over, it was really nice to watch. I think it gave me a little inspiration. It was kind of what I was going for in my head, so I think I have some idea?
And good luck with writing your comedy!

@Amphia Yeah I like that. I think talking about your past experiences is a funny thing to do. I also agree with what you’re saying about irony and Disney. Omg, don’t get me started on themmmm
Like I love them, but sometimes the irony is just too much