I can’t find the story I was reading!

Help!!! I was reading a story that goes something like “bad boy in my bed”?? I can’t remember the name exactly. It was about a girl and two bad boys in highschool. One was like a delinquent and the other one was the son of the sheriff??
They looked similar to this. 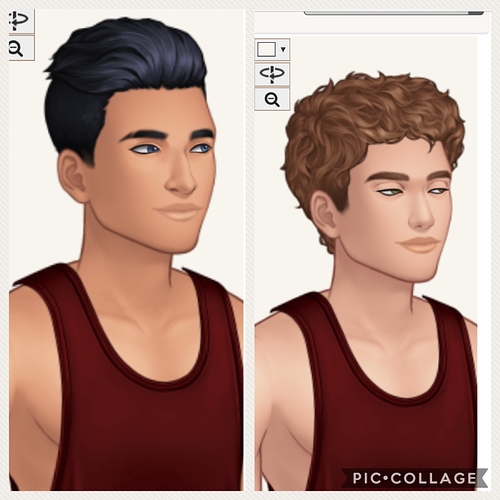 The story was using limelight and a mix of both episode spotlight and full character display. In the beginning of the story, you talked to the boy with the curly hair and get a drink spilled on you b a popular girl bc she was jealous. After that idk which boy but one of them offered their shirt(I think it was the one with the black hair). You dared the one with curly hair to do something (you could choose what you wanted him to do). Later that day, the boy with the black hair sneaks into your room to get his shirt back and the other boy appears at your house to do the dare but while at it he stole the principals car. The police come and y’all had to sneak out of your house. After you escaped you had the chance to go to a club (I think) with both/ one of the boys. Later on the popular girl threw a underwear party and more drama happened. Does someone know what story I’m talking about?? Please help me, I want to continue reading it!!! Thanks.

It’s called In My Bed.

Do you know the author’s username?

) and it generated a lot of controversy for breaking guidelines

Check this thread out:

As people have said, it’s …In My Bed!!!
If you didn’t save the story to your favourites, you won’t be able to find it as it’s been removed for now (but you can see it if people have added it to their recommendations).

Do you know anyone with the story in their recommendations?

No, sorry.
At least, not that I remember. I have seen a couple accounts recently with it in their favourites, but I can’t remember who.
Since the story has been removed, it likely won’t be updated though (at least not unless they re-release it), so it only has 3 episodes.