I can't get fade transitions to work right

Whenever I try to fade out to another scene it like, fades and then shows the previous scene again before showing the new one. How can you smoothly transition in and out between dramatic scenes?

It has a super weird fade effect and it isn’t smooth at all.

did you forget to put “fade” after transition??

also you put “in” after out

Nah, that was just a typo from the transfer over to this

It’s most likely because you have some other command after or before the transition. Can you post a screenshot of your script? 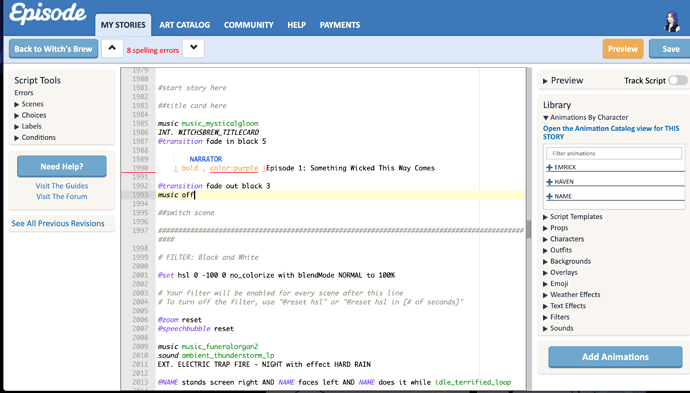 Okay so the issue is because of all of the other commands after that transition commands. It stays in that scene because those other commands are happening. Place the rest of those commands (lines 2001 to 2010) after the EXT. ELECTRIC TRAP background. You can also just delete the music off on line 1993 since you’re gonna play another music anyways in the next scene.

Remember, everything you want to happen for the next scene needs to go after the background name, not before, otherwise it will be apart of the previous scene.

Hey thanks for looking into this! I’ll try this out~ Fingers crossed it works

That worked perfectly! Thank you so much! I’ve been tinkering with that for ages and I didn’t consider that the problem was the order of operations.