I have a glitch problem (again) 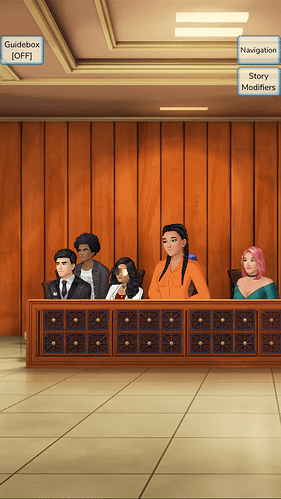 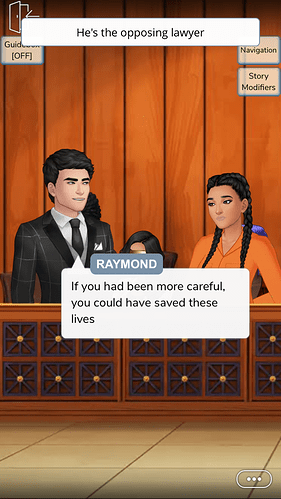 Is everything layered correctly?

Which characters are suppoded to be in front of the overlay?

If I understood correctly, you have to put:

No the thing is originally a background not an overlay

Can you show me the script? Copy and paste here or take a screenshot. 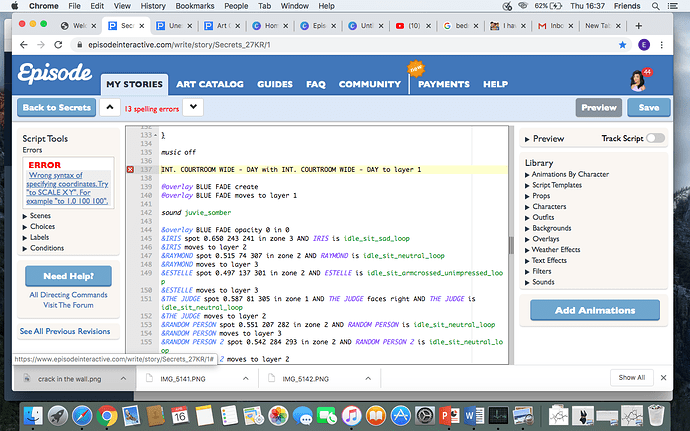 I can’t understand why you put INT. COURTROOM WIDE with INT. COURTROOM WIDE. I checked and in the portal there’s no overlay for this background so you’ll have to crop it yourself or ask someone to do it. The correct script would be:

Moved to Directing Helps and Tips since this is a coding issue and not a bug. Make sure to check out our Forum Tutorial for more info about creating topics, and feel free to PM me if you’ve got questions.