I Need a Small Team of Beta Testers!

I’m currently writing an episode story, as many of us are, and I am in dire need of a group of beta testers.

The first chapter is still in the works, but it’s almost complete!

The story is called Amaranthine. 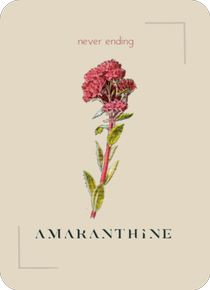 A peasant uprising is tearing the kingdom apart. The heads of the crown are wanted—dead or alive. While the people are searching for those responsible for ruining their lives, a small group of castle workers escape into the turmoil in hopes of safety. Most people don’t care about lowly palace workers, except this time they may take notice.

Because they have the princess… and she plans on coming back.

If anyone is interested in the medieval fantasy genre, loves adventure, and endless choices, then maybe becoming a beta tester will be of interest to you.

Romance is not a huge part of the story. I don’t like romance.

It is a SPOTLIGHT story. I know many hate Spotlight, understandably so, but I didn’t want to code the movements of the characters. It would be too much, I just want a fun project.

This is a LONG-TERM project. It probably will take a very long time for me to finish 3 chapters. I want to complete 6 chapters before I release it to the public. I do have a 40+ page Google Doc… mostly because I love worldbuilding, haha.

I need 5 people above the age of 15, mostly because of the topics that will be covered throughout the story.

If possible, I’d like 3 of the 5 to test the story on their phones while the other 2 to test it on their tablets.

Apologies if this is too strict or serious. I just like finishing things and doing it right.

I’ve been talking to @amberose about this story for quite a while so I’m unsure if she’d want to join. You’re always welcome to join the group!

Hi, I don’t often volunteer to test read, but yours sound so interesting! I agree both with how fun it is to worldbuild and I am happy that you don’t just throw in the romance element so people will read it, when you don’t think it will fit the story! And I don’t care if it is spotlight or no, as long as I can enjoy the plot!

I do have a question though, what kind of testers are you looking for? Is it general critique you’re after, just opinions on certain things or more of a review? or maybe just see if the episode works and if it has bugs or errors?

I’m a harsh critic but your story sounds interesting And I’ll gladly offer my service to beta read.
Note that I don’t have a filter and I’m 100% honest.

Thank you! I’m glad you’re interested in the story.

I’m looking for testers who can spot out errors in my coding. I have a lot of choices and I’m planning on creating two different storylines for the reader to choose from! I also welcome any general critique such as plot holes and misspellings or maybe you’re just curious about a character.

I would love to have you on the team!

i have a lot of time and i’d be more than willing to beta read ! be prepared for the fact that i do not hold back with my critical thoughts , though

That’s exactly what I’m looking for. I do enjoy some constructive criticism. Are you able to beta test on your phone or tablet?

I’m glad you’re interested! I am looking for those who are open and honest. Will you be reviewing on your tablet or phone?

Awesome! I’ll add you in the group now.

Just a side note for everyone.

Once the group is created, we will continue this chat through PM chat!

I would love to join then!

Thank you so much! And I use phone!

Awesome! Glad to have you on board! :DD

All three positions for phone beta testing are taken.

Hi! Just curious, is there any reason why you tagged this person?

Are they available to join the team?

they have a tablet and i’m sure they’d be happy to help out!