I need help once again

So I’ve been trying to do this mirror scene but everything keeps saying it’s wrong can you help? Heres the script: 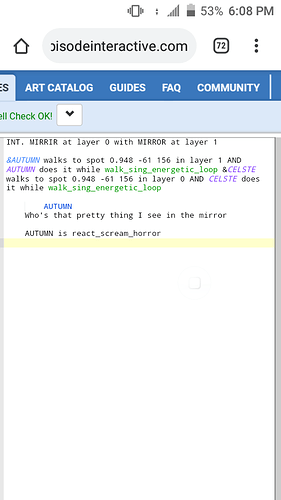 Take out the indent / space you have after the narration.

Yes, but you would replace CHARACTER with your character’s name.

Thank u so much

Also you can’t have a background at layer 0 I think. It is normally already there.

And on line 2
&CELESTE walks to spot(etc) needs to go on the next line.