Hey there. I’m writing my first story and I need help placing a “blood overlay”. I’ve already read others comments about it but I think I still don’t understand very well. This is what I did in the script:

But I have one more question. Am I supposed to be able to see the overlay in the screen, you know, to place it correctly… because I can’t see it and it doesn’t show me any errors…

if you have in your script really written "shifts to X Y " then it cant appear because it is an invalid command.
There must be numbers ditto on the scale command

In general how I do it:

than in preview I look in the scene and move and scale the overlay to the place I need it to be (do you know how to use the preview window to adjust overlays?)

If I am in another zone than 1 I do not see it but still can move it there in preview.

Hi, there are a few things that might cause the overlay to not appear.

jejeje
I didn’t put X or Y in the script. It was just the example. I put the numbers. But I can’t see the overlay in the preview.

I will try that. Thanks

well in general the problem can be actually in the numbers.

if you didnt use the copuy button and just write it down easily some mistake can happen. 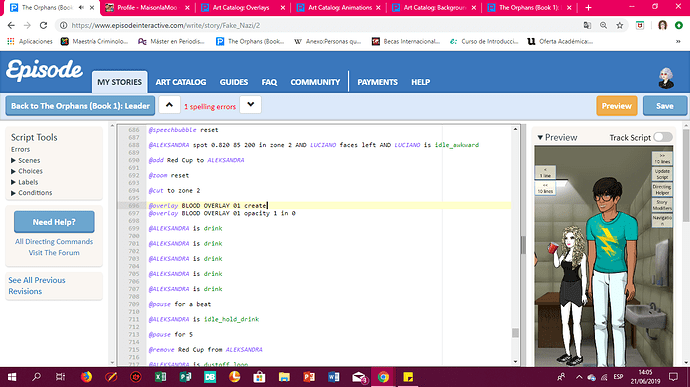 The overlay is suppose to appear in the preview… I don’t have more overlays in the script at the moment. Look

when you are in preview - tap the directing heper and then overlay helper - if you have more overlays there cycle the overlays till the preview marks it (below the preview vindow) than drag it to the right…it is in zone 1 sou you need firt to pull it to zone vhere is the “camera” tnak palce it and scale it to desired place and size. 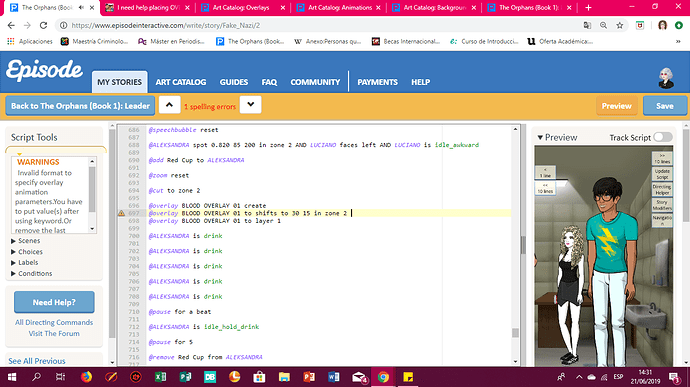 Remove the to in front of the word “shifts”

Read up on this guide to learn more about overlays: Placing & Animating Overlays

ok baby, I know that… but the overlay it doesn’t appear in the preview when I save the new script. I already try with another overlay and it happened the same. Take a look. 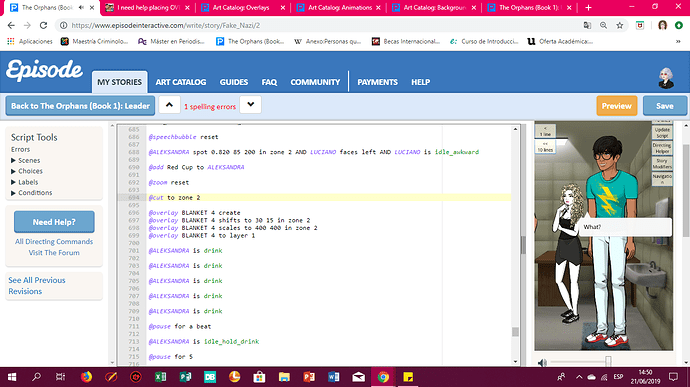 Than use the directing helper in preview - do you know how?

Do yu know how to use this:?