Delete your character display name. So, go to characters, then go to Display, it has a box there. 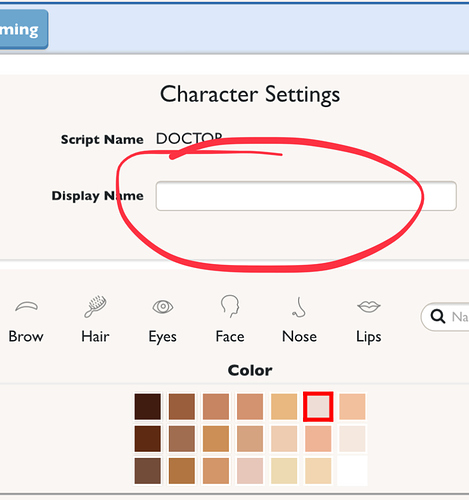 Oh okay thank you!
And if I want it to show it later on?

Add the name back in the display box.

Thank you so much.

ad you use them in script depending on what you need to display.

So I have to make two characters?