I need help with a choice error

I put a choice option into my script, but I keep getting an error saying “there is a { on line # that doesn’t have a matching}” BUT THERE IS. I’ve tried reloading, exiting and coming back, even deleting the choice and adding it again but it won’t leave

can i see the script?

You have to add a screenshot

I figured it out sorry

glad you figured it out!

how? I’m having the same problem:( 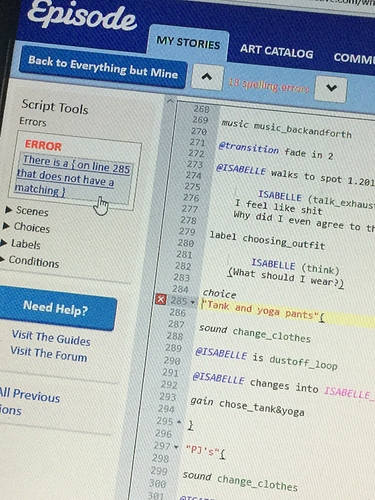 Line 293 is the issue. Gain names cannot have special characters. They can only have just letters, numbers, and underscores. Remove the & sign

It could be the same reason as above. Check your gain names

I think it’s fixed for now? I accidentally had brackets around gain😂

Glad You Solved It.