I need help with overlays /// 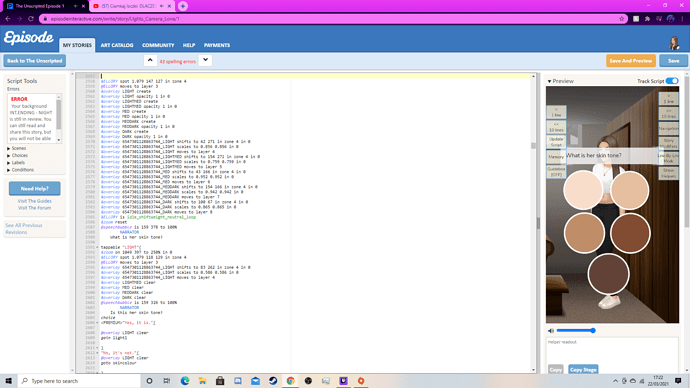 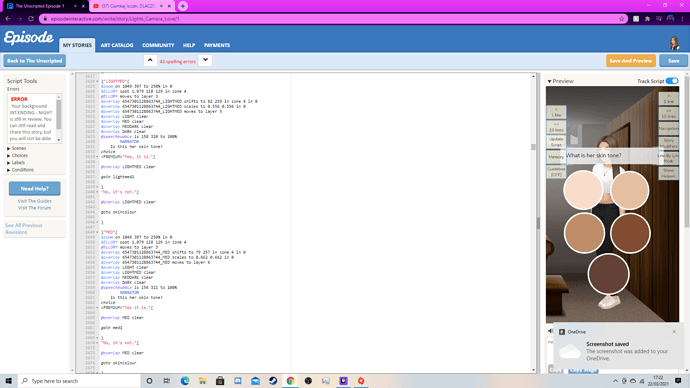 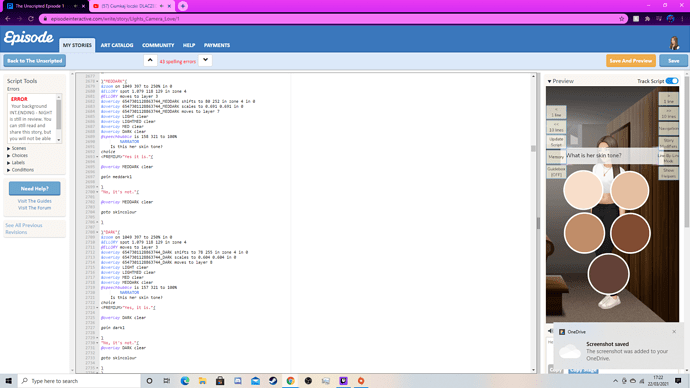 Maybe try to exit out then going back in sometime the writers portal will glitch when you preview.

Try putting everything with a & on the same line using AND instead.

where should i use the and?

Wherever you are currently using &, just on the same line. ie. This:

it still does the glitchy thing T.T 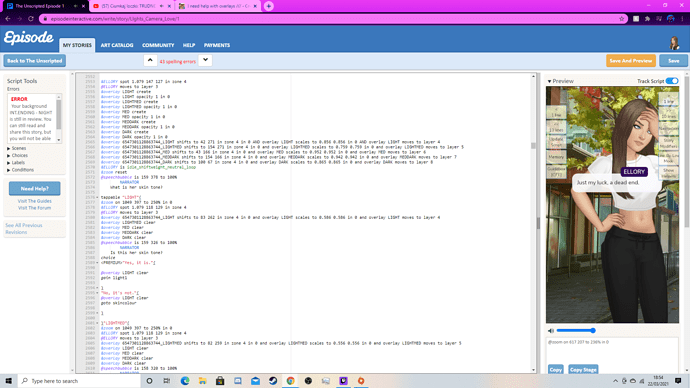 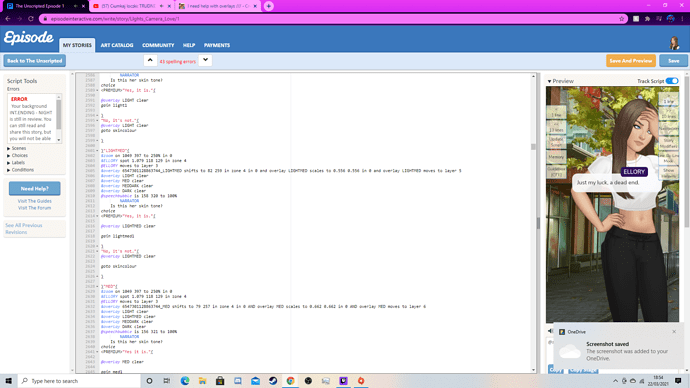 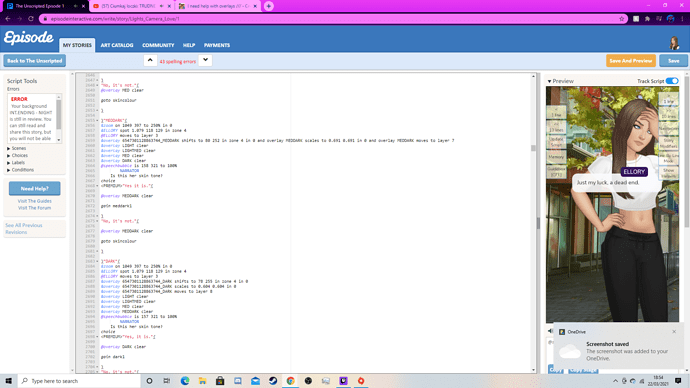 Try also moving your “clears” onto the line with all of the ANDs!

still glitches T.T its really odd idk why its doing that

@Dara.Amarie will you be able to help?

I would suggest putting your label skincolour under the overlay creation - just above the narrator which is above the tappable choice.

Also use & for all commands including the character moving to layer

also if you move your label as I sugested use overlay opacity turning to 0 intead of clear the overlay (so there will be no need for recreating it - and make all overlays opacity 1 under the label (using &). in case you want to make the overlay invisivle - but since it hapens on 0 and the reader than is brounght to next part of story (where you I guess clear all the remaining overlays since he already made a choice) I cant figure out why you actually have it here …the same goes for the no choice

I am not really sure why you have the clear command there too tbh - is it really necessary in this place?

Cant you just delete all the overlays after the choice instead if inside it?

im new to this overlay stuff and its kind of confusing im ngl LOL but i will do this so thank u !!!