I need someone to review my story/can review yours too

Hi everyone! I would like if somebody would review my story : Roommate Nightmare. IT tells about a girl whose parents pass away and she gets their house. Only problem is that the house feels too empty. I had a big cap between updating so I want to know if that is too noticeable.
So the story name is Roommate Nightmare and the author is Aleksandra18. The genre is romance/drama.
http://episodeinteractive.com/s/4687729375969280 here is link for it.
I can review your story too. Leave a link or write the name of the story and the author. 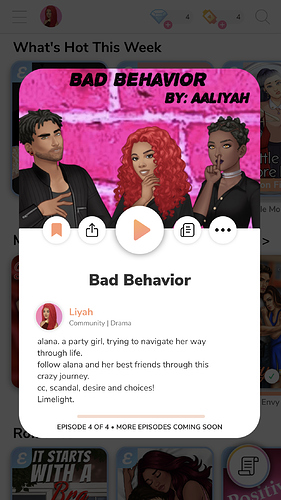 THE SALVATION LIMELIGHT
Genre : drama
Story Description : In the world there are many people who are dying of hunger, but even more of those who die from the fact that they lack love. Can you solve the crime? Save a loved one?
LL&CC

The Best Stories Are Worth Sharing: The Salvation *Limelight* [1-3 are OUT]

I just read your story. Generally I love the idea of it and can’t wait to see what you have in mind for future episodes. There were some parts that seemed maybe little too rushed. Like the party scene in episode 3. And I noticed that in episode 1 when Mother was ranting to Alana she was just staring at her. Of course that may have been what you wanted her to do, just stare but I feel like that slowly zooming on her face while her mom was ranting would have made that part more interesting. And I really enjoyed the Q&A in the end. I would have preferred the Q&A to be in maybe the third episode not the first. It just made me kinda confused. Overall I really enjoyed this story!

i had the QandA originally in all episodes. then i moved to episode 3 but then someone told me to put it back in episode 1

. and which scene are you talking about? when Alana is sitting on the couch? or When the mother walks away? the party scene was a bitch rushed - but it was essential to the plot, that’s why i moved it so quickly.
& thank you!

I think it was just before she walked away. And your story only had these few small things that I noticed so don’t worry about them too much.

I have you story added to my favorites.
I’m reviewing some people stories so once I am done. I’ll get to yours.

ill start your review soon! i just have to do a few people before you but it’ll be done today!

Create your own characters and Choices Matter!

I just read this and I really liked it! You have used a lot of effort for small details and I think that is really great. Only thing I noticed was that in episode 3 when Main Char goes to the graveyard and there is a text effect, the reset missed | in the end so the word reset is showing and the text effect didn’t reset. I really think this is a great start for an interesting story.

Thank you so much for your review!

And thank you for finding my mistake, I’ll fix it

I love how you started the story. There were a few grammar errors. Punctuation.

When you showed the crash site, I suggest panning the area first then have the MC walk on to the scene or run with a shocked expression and then she starts to cry.

So when you transitioned to this house. Pan first and then have her enter or you can add so seconds so it pans slowly. Like pan to zone 3 in 3 after she enters the scene.

The thought bubble where you give us the option to choose how to response. I think it is too far from the MC. Didn’t expect a choice so I really like that.

Also the scene where I was talking to Natalia. You keep panning from one side of the room to the next when we are talking in the living room. I suggesting that you put Natalia to sit in the couch in zone 3 and the stays in zone 1 couch. You can cut from zone 1 to zone 3 while they interact.

Hello I will definitelly read your story but I’d like you to give mine review too. You can DM me here or on instagram.

Story name Vip Brother:Love is…
**Authors name **Megz_episode
Episodes 3
Instagram name megz_episode7997
How many episode you want me to review 3 are enough
Description A story about 16 celebrities who enter the house of Big Brother uder 24/7 surveillance for 2 months to win the prize of 500 000$, but before that they have to go through all challenges of Big Brother.
I would like you to promote my story.
Style LL
Cover 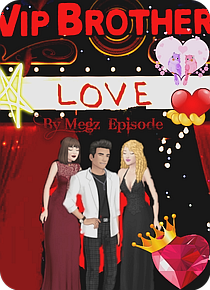 Thank you! I will correct those things asap

hi! this is your review! but before i start i wanted to let you know that this isn’t me being rude AT ALL! this is just my opinion on your story! please do not take it personally! i’m just fulfilling a review! i hope this helps! and i cant wait to read your review for my story as well!

Thank you for your review! I sometimes get really confused with English since my firts language is finnish and I also speak Swedish. For example the word whole is hela in swedish and koko in finnish. But thank you for the gammarly.com tip, will be using it a lot! Also the it actually makes a lot more sence if she speaks to sole friend or something and not just to the audience. But not sure if I should change that bc then people who are in chapter 9 would get confused. But I will definetely change the club scene. Again, thank you for your review!

Story Name : Queen
Author : Steffi
Genre : Drama, Romance
Status : 3 episodes at the moment, more coming soon
Style : Limelight
Instagram : @steffi.episode
Description: All her life, Devina was raised learning the ways of being a proper lady of the nobility. But her life is suddenly disrupted when a royal advisor visits and reveals to her that she is the next monarch of Artesia. WIll she reign? Or will she renounce her claim to the throne? Will she choose love or duty? It’s all up to you!! 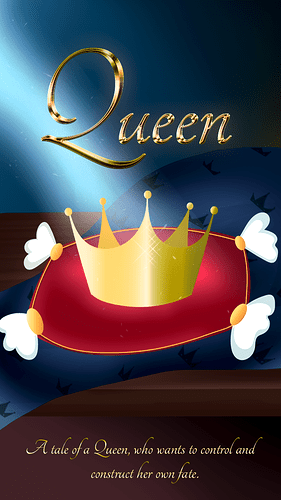 The Best Stories Are Worth Sharing: Queen

Just read your story. Didn’t find any problem with it. I think the plot is really interesting and I love the password thing in the episode 3. Overall really great story! Can’t wait to see what will happen next!

of course! i’m happy to help! just let me know when you finish my review as well!