In honor of black history month

Any black episode readers or writers got issue with things others dont seem to care or really think about in terms of episodes?

We all know it. You play a story and you CC(if theres even an option) u wake up late for school to a strange blonde woman cooking you breakfast as you call her mom x3.

The fact that we have to pretend we are adopted half the time.

The fact that if they ignore the art scenes(hard to come by) its always met with eurocentric wording.

“He ran his hair through your silky tresses.”
“Ur knuckles went white/face turned white with shock.”
“Ur face tinted pink as you blushed.”
“The bruise on your skin turned a purple contrast against you.”(or somethin like tht ive seen wounded MCs where even the injuries are euro centric to characters)

When ppl say dont CC too much or the overlays wont match…and its always a non dark or “too dark to point of unreal” hand if u go too far to the “forbidden shades” :0 or that whole dont change MC too much cuz she needs to look how I imagined.

Like we can date who we like. We cater to different body types and yet black people are still erased/washed or ignored…in an app that says its supposed to be YOUR story

Like I feel that no one talks about it…or were not allowed to.(lets be real this is gonna be silenced ik…but idk wanted to see black reader n writers thoughts)

Any black readers or writers see this…or am I alone. Feel free to add your own noticings if this doesnt get taken down.

About the art thing I seen a lot of stories that have a darker mc but have art that the character is 3x lighter then they are on the story. It just upsets me when some people do that.

Now is this in regard to other people that have black MCs/ CC MC’s or does this include other black writers as well? Because I’ve seen quite a few stories written by black authors where the MC is black but still has more of a eurocentric appearance, including looser textured hair. Of course they always throw in the “black people can have a variety of looks/hair textures” and while that is true the vast majority don’t look like that. Alot of MCs look white with a darker complexion and suffer from same face syndrome like all the others because those are “the best features for the characters” and they’re “aesthetically pleasing”. I’ve yet to see a black MC with the broad wide nose, heck or even a secondary character with that nose. But it’s on background characters or on characters that’s considered not attractive. I think that’s a subject that should be discussed more when it comes to black authors and main characters. 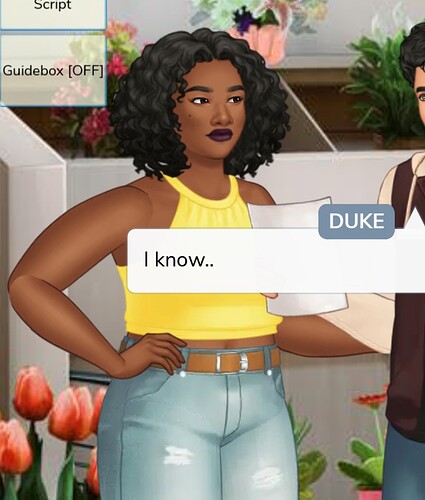 Yeah I dislike that aswell.

No one talks about how black ppl dont exsist in fantasy or the MCs cant be CCd as “too dark” cuz then how will be describe her as beautiful and fair =.= I always seen fantasy with predominatly white and only reason is so the MC can be called different n beautiful/fair(tho fair has other meanings)