INT. CLASSROOM DESK - DAY
@pan to zone 2
@ME is sit and ME starts write_notepad

probably one can easily identify what i am trying to do, i want “me” character to take notes while she is sitting in the scenario behind the desk.
and rest of the characters sitting on their respective seats. can anyone help?
and i also want to make it look like entering another scene (the reason why i used transition command. plus i really dont know how to use fade outs.

Alright so, what you want to do is fade in the scene to you writing with another character beside you?

I can help!
With transitions, you want them after you’ve set the background.

I’ve also used the &cut to zone 2 instead of &pan to zone 2.
This is so that your camera isn’t moving when you start the scene up. 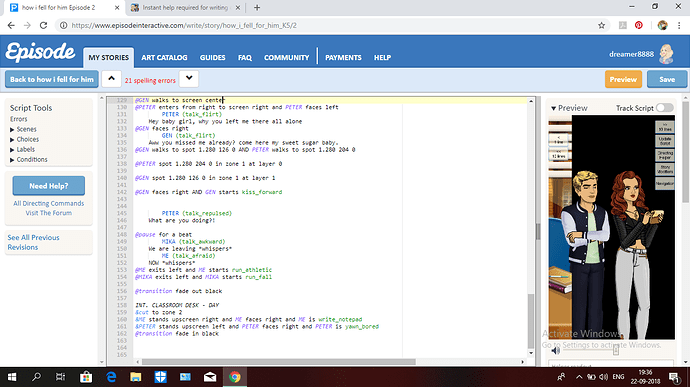 this is one zone background, you cut to to zone 2 that’s why is black. To show other students you need to just make a separate scene for each one of them on this background

thanks @Apes and @LyraKeiken i think i am gonna need some more help on this but ill use my own mind first.
thanks
xx