Is it illegal for Girls Go Games to do this?

I was looking through the site, I was extremely bored lmao-, and saw one of the games using episodes background… not sure if this illegal or not? 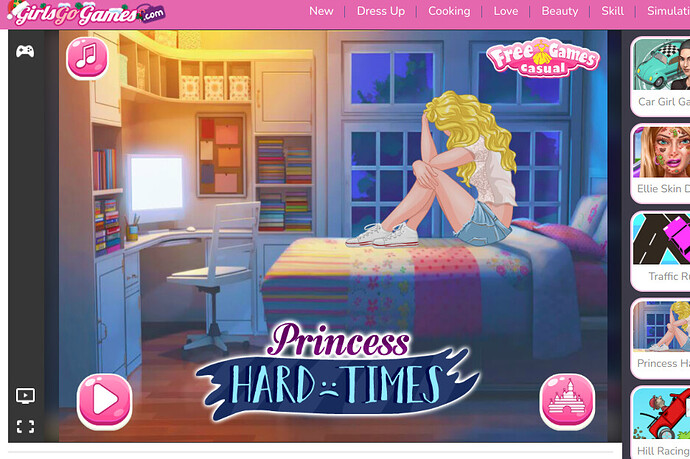 There’s no mention of Episode on the page, not sure if they got permission to use the image though

It definitely would unless they had written legal permission from episode to do so, which I highly doubt unless they were a sponsor of episode. I mean we aren’t even supposed to edit episode backgrounds and have them on a public drive for other episodians to use so why would they get permission to use it freely.

Even if they gave credits to episode, it still wouldn’t be okay. They would be profiting off their episode artists background (as they get money for people playing their game) which we are not allowed to do as it is against guidelines to have something that includes episode assets even if we said it is episode edited.

Yeah you’re right! Would it be ok if they asked for permission and then if they said yes put it there?
Again sorry, i didn’t type in well, thank you for saying it:)

If they had a contract with episode they would be able to do so and even then they would have to state their partners. I would recommend the person who found this to run this past episode as they most likely didn’t give permission to do so.

Thank you for telling me! Again sorry I wrote it in like that, tbh I don’t even know why:)

@jessica.epi please let the support team know about this issue via ticket

Even if they credited Episode, they couldn’t use it legally.

Yeah, someone else told me already, thank you for telling me too… Sorry I made a mistake by saying that

There are so many apps that use episode’s art! I’ve come across apps using characters, stories, covers… everything. I guess not many game companies can afford to have an enormous art team… report it to episode by sending in a ticket, they’ll take the necessary steps to getting it taken down

BRUH I PLAYED THIS FLASH GAME ON THIS SITE I NEVER NOTICED THIS BELONGED TO EPISODE BEFORE.

It’s so clear to see

it probably is illegal

omg, I remember I saw this too, and I’m sure they’re using it illegally