It’s too bad Ivy has been shut down

Does anybody remember Ivy? It was a sister app to Episode and it had more mature stories on it. It’s a shame that Episode shut it down and I’d love to hear your thoughts on it.

Ivy = A lot of inappropriate stuff on there. Clothes, backgrounds, animations, etc. So, I’m glad they shut it down, no offense. Yeah, sure people can write mature stuff on it, but that has a lot of ahem that readers who aren’t adults, shouldn’t be reading/seeing.

But, if they didn’t have all those sexual stuff, it would have been way different, and safer for their users to use. If u want to support that idea, u can check out this thread:

Okay, so we have seen over the past couple of months that episode have been taking down stories that educate people on tough subjects. As an adult, I don’t want to be reading the silly romantic bad boy stories as much. I want to read drama and I believe episode is the best interactive app for reading. All I’m saying is, instead of shutting down Ivy, use it for age-restricted stories such as Saving Violet other than the sexual stories that are quite frankly, disturbing, watching animated charac…

I remember Ivy, but I agree with @lanafrazer_episode.

Ivy = A lot of inappropriate stuff on there. Clothes, backgrounds, animations, etc. So, I’m glad they shut it down, no offense. Yeah, sure people can write mature stuff on it, but that has a lot of ahem that readers who aren’t adults, shouldn’t be reading/seeing.

She got a point here. Thing is you don’t have a firewall for kids you can use against apps like Ivy. And you can’t control if the reader is minor or an adult. If we need something like that make a shelf or category for mature stories at the Episode app.

What I also remember and that is why I don’t like Ivy, it was only in a few countries downloadable. I live in the Netherlands, when Ivy was out I tried to download it. Hell, I couldn’t find it, because it only was out in Australia or Canada.

Let’s just say the devs actually know what they’re doing for their apps, but they are lacking human resources to deal with the workload.

They already made Episode a mess. Tons of unresolved requests and bugs, complaints as well as content regulation. This makes me fear that Ivy would be worse, if not as bad as the original Episode app itself. Might as well mash everything into one and keep the workload compact.

I support the idea of a separate platform for more spicy stories, but I have hoped that it would cover more than just s3x in the universe of Ivy. Hardcore horrors, explicit combat and crime scenes, mildly triggering themes, modulated gore…
Ivy’s spectrum is too narrow, that’s why even if it has all the assistance and attention it would still flop.

But if Episode one day wants to revive Ivy, I would like to see the changes they’re willing to make. They can merge these two apps together for all I care, but as long as the complaints are still cold, as long as the content regulation is still disappointing, well it’s gonna be useless anyway.

I am probably- young but I never heard of it lol.

I disagree, no matter what they do, they can’t protect kids from learning those stuff cause they definitely don’t learn sexual stuff from episode, kids are always going to look up things and learn from there. Pretty sure they would collect birthdays but that’s not going to stop kids from lying. I think Ivy was a good app that authors can write any stuff without getting reported. We needed a safe space to write what we want. I don’t blame episode for opening ivy for that cause it’s just what Wattpad was doing, they had a mature side of it. I wish they would come back with it one day.

And Ivy was just for the people who wanted to read or write more mature stories, episode isn’t forcing readers to download ivy so if ivy wasn’t for a person then they didn’t have to download it and just stick to the regular episode app. Ivy was not going to be in everyone’s interest.

What I also remember and that is why I don’t like Ivy, it was only in a few countries downloadable. I live in the Netherlands, when Ivy was out I tried to download it. Hell, I couldn’t find it, because it only was out in Australia or Canada.

ohhh yeahhhh, I totally forgot about that. It was only available for a few countries if I’m correct? Hmmm, yep.

Was it available in the US?

It was not. Ivy is like a brown star that sort of “died” before it’s even “born”. The beta version of Ivy is released to Australia and Canada, but before it can make a public release, it’s already abandoned.

Yup its true, but im from the US and was still able to read it that time. I had hella gems too but never got to use it

I mean, Ivy came out during a time where lots of the stories on Episode that were doing ‘well’ were ones that were borderline explicit so it was Episode’s answer to try and market off that rise in popularity, however because Ivy was meant to be 18+, it cut out I would assume 50% of their original audience (I know a lot of younglings were reading things they probably shouldn’t have been reading).

In a perfect world, it could have worked. But, it didn’t. Whether that’s because of the visual storytelling aspect seeming a bit ‘young’ for people aged 18+, or from a different factor, we’ll never know.

Guys, is this the app you’ve been talking about? 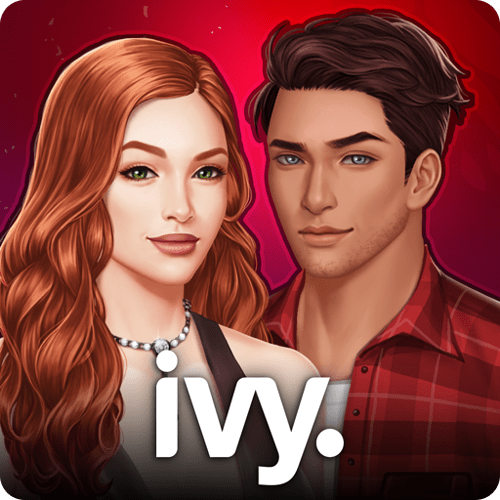 The creators of Episode bring you Ivy, a new app full of immersive stories...

Then it seems it hasn’t shut down yet

Well, I don’t know. Because I don’t live in Canada or Australia.

oh damnnnnn 0.0 But yeah we may never know if it was shut down or not, depending on the country it is currently available in, I guess.

I live in Europe so that’s strange. Btw I had never seen that app before so it was interesting to see it.

Same here. I also live in Europe and when I searched for it a few years ago (when every one was talking about Ivy), but couldn’t find it. Only in Australia or Canada it was possible to use it and download it.