Hello, so I’m working on my story and I’m having problems using the name of the reader’s customized character. I asked the reader to put their name in episode one, and now I’m using the code [NAME] in episode 2, but its just saying [NAME] instead of an actual name. The code and preview is down below. Any help is greatly appreciated!! 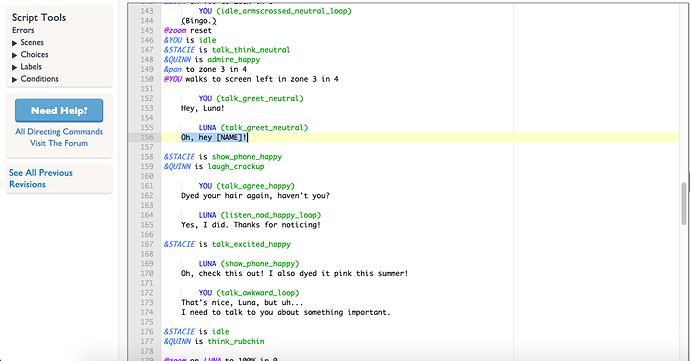 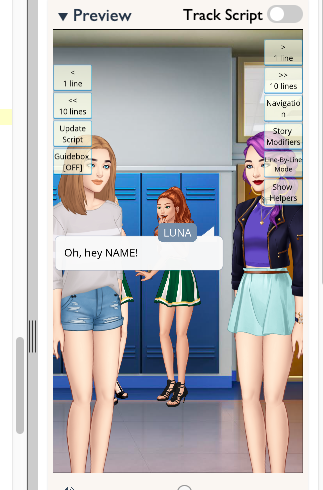 typed-in choices can only be previewed on mobile

I previewed it on my phone but its the same. like this screenshot from my phone, where i preview the episodes.

Can you show me to code that you used for letting the readers choose their name?

Oh, I see the problem. The character YOU should be named NAME

wait so every “YOU” in the code to indicate the character should be changed to “NAME”? also heres the code choosing the name. it worked for the rest of episode one though 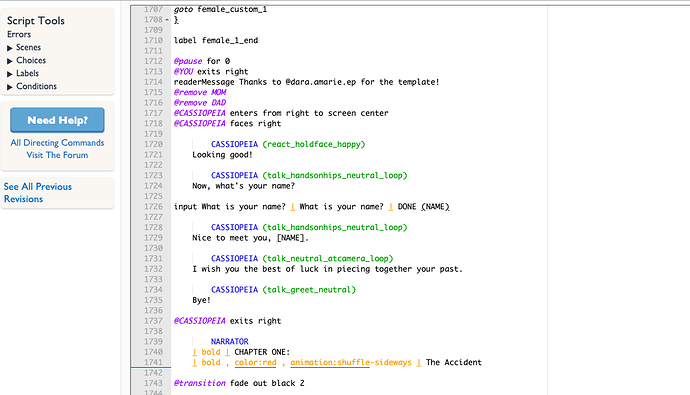 Yes. And not just in the script. You need to make a character named “NAME” in general.

Can you show me the code you used?

no you do not need to change YOU in NAME in the whole code you only have to change the display name of the YOU character to NAME or use YOU everywhere in the code instead of the NAME.

Please visit my website for more templates and guides! https://www.dara-amarie.com/ Typed-in Choices the code: input Question? | Question? | Done (ANSWER) “Question?” can be replaced by whatever you want your typed-in choice question to be. Most people use “What is your name?” to let readers type in their own names. Notice how Question? is repeated. You need to add in your question twice in the code. The word “Done” can be anything you want it to be. This is the button you tap when yo…

Okay I tried changing the character’s display name and now my test name which is “Marie” carried over to the next episode. Thanks so much!