Large Project Request. Will need several pieces. I am patient

hello guys, so i’m really excited now that i’ve started my story THE ETHEROS PROPHECY, a fantasy romance!
I am the author, Morrigan Black and i will provide all information necessary for this project as i am needing several pieces of art including but not limited to:

a small cover
a large cover
a splash for mature themes and strong language, as there’s plenty of both.
a splash for my episode Instagram and Facebook page (this one last as i am still setting up my Instagram)

LARGE COVER: the 2 MCs back to back, with golden aura effects around both and a background of a destroyed city or destroyed planet/space. one MC is a guy and the other a girl. i want them using their powers which their powers are opposite of each other’s. the girl uses ice and light. the guy wields fire and darkness, They both have transformations that i will paste below for reference along with their physical traits. They’re both using their powers against shadow creatures for the border of the cover surrounding them. The title should be at the top and the author in the bottom middle but still visible. I would prefer the font to be done in something medieval/elvish like. There’s a font called DWARVES on google that i absolutely love with the emboss and shading/gradient textured effects.

SMALL COVER: Same MCs but i want them in a romantic pose with each other, but still showing some of their powers. the girl with her water/ice and the guy with his red fire and black smoke. they will be in their normal looks and ill send descriptions for that as well. the backdrop needs to be an eclipse of the moon and sun meeting but make it to where it shows both in some way like its not full or just passed with some rays and moon glow shining down. i would prefer a romantic setting by the beach for the rest of the backdrop.

SPLASH WARNING: i just want the MCs being cute together and the episode logo plus the warning under it.

i know this is alot and its very specific, but i know what i want and i am willing to be very very patient and work with any artists who are willing to help me out. i promise it would be very very appreciated and i WILL make sure i give you credit before/after any time the art is used and i am okay with watermarks on the work. after all, you are helping me out and it is only right you get to display your name for such beautiful expression. 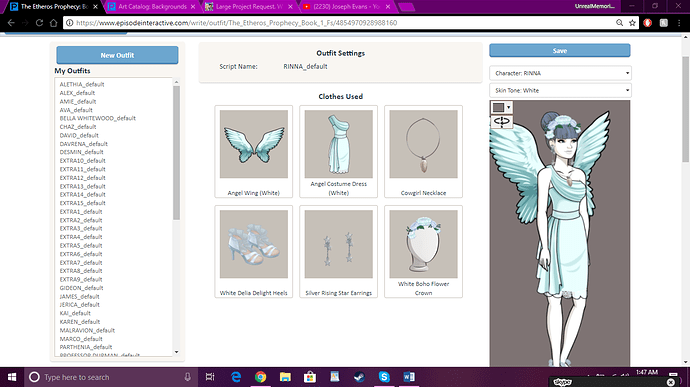 for the girl aka. Rinna, traits are:
white skin
seductive round eyebrows
upturned feline eyes with blue color
classic lips with white palette
dancer bun in the color of blue light (closer to ice blue in actuality)
face is soft heart
nose is elven 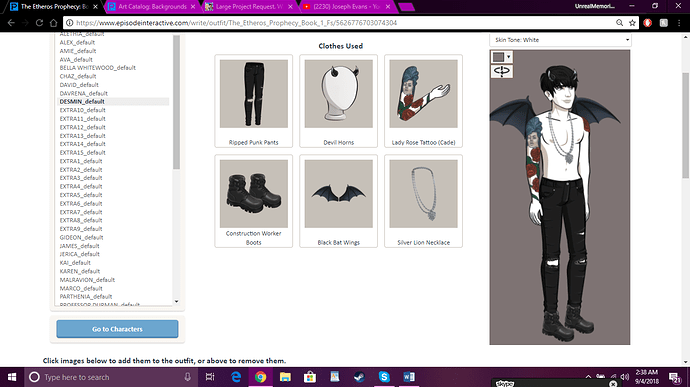 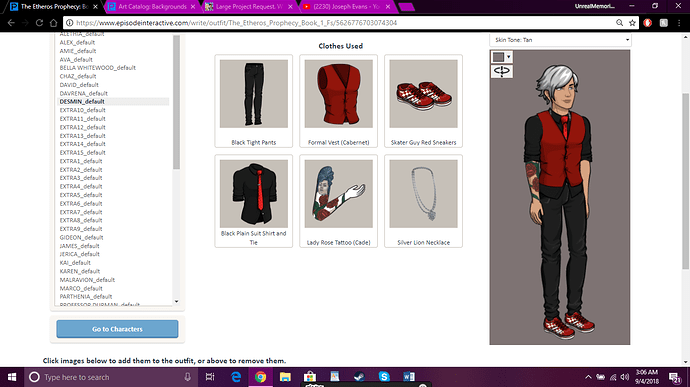 desmin will have these clothing options including the cade tattoo. this is his normal form. 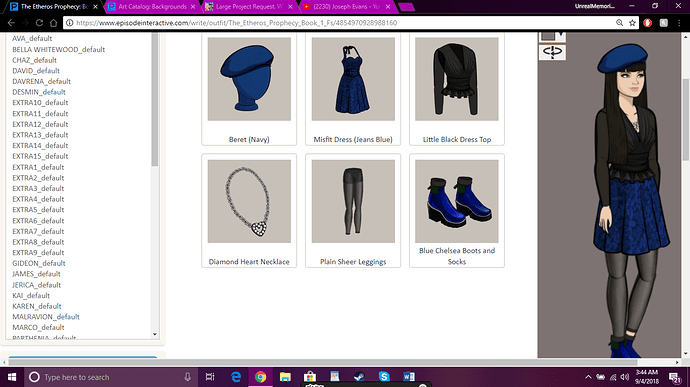 I can help u

Check out my art thread for examples