I bought my first pair of Demonias last month after saving up money from work. I’ve never been so happy.

. My family would have probably murder me if I ever went out in them but they’re so pretty to look at 🤌🏽:sparkles: Thank goodness I’ll be 17 next month.

Anyone else have the shoes or are considering buying them?

Here are the ones I got btw

I was too lazy to take them out the box. 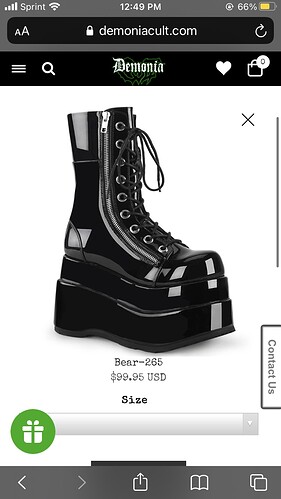 Yeah the forums are pretty quite these days

No I don’t have the shoes but they look gorgeous

however they are sooooooo expensive

I know 🥲 Thankfully I was smart and saved money in between checks. I would’ve been poor for two weeks

The cheaper ones are so cute but for some reason I decided to get the $113 ones. I have yet to regret this.

. Or honestly any pair idc, they’re so badass. And I’m tall too, so I’m gonna be a giant w them on lmfao

I’m so jealous of youuuuu

I’m still kinda mad I bought shoes I can’t even wear for real.

I don’t buy shoes because that is money, money I don’t have. So I have never heard of them or would never buy them but those aren’t bad in style.

I feel like I would trip so much in those tho.

demonias are gorgeous! I bought a pair for my sister and they look even prettier in person. it’s expensive but so worth it

I never heard of them before until now they seem pretty nice just too tall and I’m short lol I personally wouldn’t get them for myself plus, they are so expensive and I like cheap stuff unless it’s something I really want it depends very rarely.

I’m short, so I wouldn’t get them for myself. Plus, they’re so costly, and I like to buy cheap things unless it’s something I really want.

I actually just ordered some