So, I was thinking for a while now that for the MC and the reader to really connect (This story is CC, the reader is supposed to feel like the MC) I should allow a choice option to pick MC’s personality.

Sure, this would mean more coding for me but I don’t mind if it’s more enjoyable that way.

What do you guys think? Would you, as a reader, like if you were allowed to pick MC’s personality? Or does it not matter to you?

well to me it really doesn’t matter

Sure, this would mean more coding for me but I don’t mind if it’s more enjoyable that way.

Yes. I’ve written a lot of stories from quite a few different views. Albeit, non of them were Episode stories but still nonetheless I can do it.

Wouldn’t it be easier to give reader three options for every choice and just say with readerMessage smt like “Your choices will determine your personality”, then create 3 characters for each treat they would represent and after choice just add points to specific treat (character)?

No, I use gains for the personality. The MC is 100% customization so lol

Edit: I see what you mean…Hmmmm

I like when its just a set personality. Because you get connected to that character when they’re different to you but if they’re the exact same as what you want you won’t appreciate what other personality they could have. If that makes sense

I see. Thanks for the input!

What do you guys think? Would you, as a reader, like if you were allowed to pick MC’s personality? Or does it not matter to you?

Like you said, the reader is the MC. Therefore, I think it is a good idea to allow them to pick their personality, in some sense.

This is often portrayed through the variety of choices.

However, I have read stories, similarly, where you can choose your personality at the beginning.

Personally, I would read the story either way. However, it gives the reader more input into their character, and therefore, it can be a good idea.

I don’t think it’s really a matter of having them choose once at the beginning. A lot of people struggle to sum up their own personalities since they’re such complex things! It’s much more about having lots of options on how the MC can react to certain situations and what they can say to people. 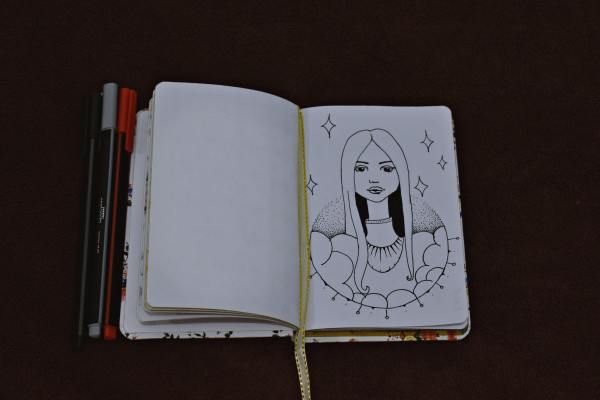 Should You Make Your Main Character Customisable?

So you're thinking of writing a story for Episode. But should you include customisation or not?

Yeah I read that!

I suppose as long as the character sticks to the choices the reader set, it would be enough then

The cheat way to do it is to let the MC choose the personality as many times as possible! Don’t overcrowd a story with choices, but every time they need to react to someone or something, let the reader choose what they say or how they react. Then, if the character doesn’t keep the same personality throughout the story, it’s the reader’s fault!

Hehhe I was thinking, I wouldn’t want someone to stop reading the story simply because they feel as if they don’t connect well with the MC.

So originally, I created three base personality choices the reader could choose.
Sassy, Normal, and Shy.

Based on what personality you chose, your character would have different dialogue / reactions when needed and that would be kind of to make up for a lack of a lot of choices.

I’m not sure about if I want to keep that idea, I’ll have to think it over.

That sounds good to me! But don’t make them choose at the beginning. Someone might want to start off shy and then make their character sassier as the story goes on

so just give sassy, normal and shy choices each time

Honestly I don’t care about it. To me it doesn’t effect the story. Since I’m the end the author still makes the decisions. Plus I’m neither if the choices you listed so it may make me feel left out. Then again an author can only do so much. So what I’m saying is (please don’t take this to offense​:sob:) but I don’t think adding personality choices will make a story better.

Please don’t come after me because of my opinion on adding choices.

Honestly I don’t have a preference either way. Choosing the characters personality can be fun! On the other hand though, I like developing a bond with my character and relating to her which is kind of impossible if I have to choose her character traits