It was brought to my attention that some people only write LGBTQ+ stories for views. Is this true for you?

I sure do hope this doesn’t happen. I understand people wanting people to read your story, but that seems a little bit disrespectful.

I agree. Just doing it for views is very disrespectful and I feel like it comes from a very homophobic place. Though, I’m not sure how’d they even get LGBTQ+ readers with homophobia? Sorry, I saw someone homophobic admit to doing this earlier and try to spread homophobia so I’m really just trying to get a grasp on if this is real or just something rare that only homophobes would do.

This response sounded super weird. Obviously only homophobes would do this. I’m just curious if people truly do this.

Not true for me. I am writing one at the moment that has a choice of sexual preference, but that’s because now that I’ve got the hang of coding, I can actually include it. I feel like unless the sexuality is a plot point, why not include it? Doesn’t have anything to do with reads, and plus I don’t know that you would even get more reads just for including it.

Ugh, totally.
I mean, it’s not like I want ACTUAL diversity and representation in my story. I’m just in it for the clout, duh!

I’m being sarcastic of course.

I try to be as inclusive (and hopefully accurate) as I can with my writing, and that has absolutely nothing to do with reads or views.

I feel like a lot of Episode Featured stories do this. They give LGBT options, but essentially all they do is gender swap the love interest.

So, it doesn’t feel like they’re actually putting in effort to appeal to a wider audience.

I’m sure some people might do it to get more views, but the majority probably want everyone to feel comfortable reading their story & offer to gender swap the love interest because they don’t know how to portray a LGBTQ+ relationship well.

One author I know who does it well is Toriah, as she puts LGBT+ characters in her stories as actual developed characters and it doesn’t seem to be for more reads, as she doesn’t add it in the description. I think she is in the community as well, so that might be why? Who knows.

LGBT+ stories should be just as loved and well written as the plethora of straight stories. I don’t understand the notion that lgbt+ stories get more reads but that shouldn’t be the reason to create lgbt+ characters. My boys are developing everyday and their relationships and interactions are 100% genuinely wrote. It should be no different varying between couples.

Name: Illegal But Perfect
Description: Dion Byer goes to school and gets to know his new teacher. (Made the title long while ago, kinda don’t endorse it. The pairing will get together LEGALLY) Major drama and strong chemistry. Girl gay best friend as well and a strong brotherly love between her and the main character. A slow burn and aquatinted feelings. Humor and dark themes heavily included.
Chapters: As of September 3rd 2018 5:32 PM Five Chapters Are Out (rewrite of ink into limelight)
Genre: Romance/Drama/Humor
Style: Limelight (ink version turned into limelight)
Link: http://episodeinteractive.com/s/5160823337648128 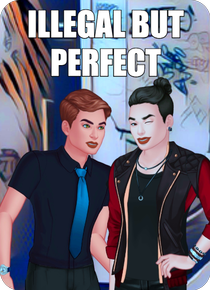 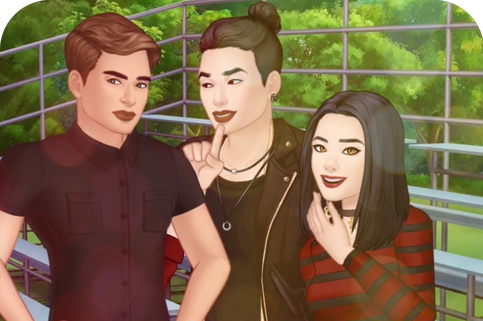