*You’re not a feminist if you think you’re superior than men.

I’m a feminist too

I agree 100% I hate when someone says I’m a feminazi and then dog a man and act as they are better than all men. As a mother of a son and a daughter o both my children grow up to equal rights for men and women.

Republicans and liberals? I think you mean republicans and democrats. Liberals can be in any party. There are some liberal republicans and conservative democrats. By the way, I’m supposed to be studying for a test in my AP Government class on Public opinion, and this thread is the perfect opportunity to talk about it

yeah that’s why I started saying conservatives instead lol

facts lmao. Republicans literally get offended by the most ridiculous things

I don’t know if I’m considered a feminist, but I think men and women are equal. If you come up to me and say “A man is way stronger than a woman.” I will literally attack and give facts about both genders being equal. If you come to me and say “Women are wayyyyyyyy a better than men” same thing. No gender is better than one because in the end we’re all people? Yeah that’s pretty much it

Oh whoops I think I meant to say Feminazi

Lmao yeah I agree. I don’t think that is considered being feminists or not. But I’m not really sure lol.

This is why I watch Ben Shapiro. 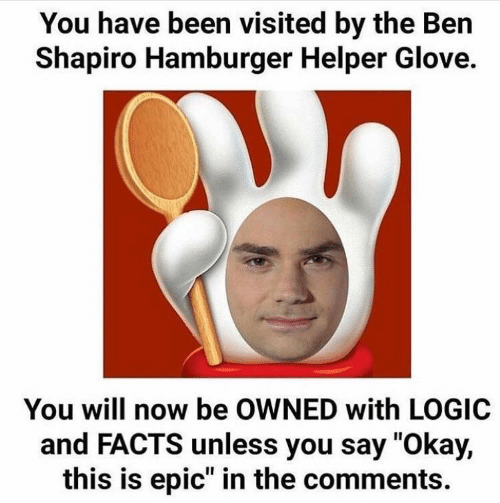 I’m not a fan of Trump. I don’t think saying “grab them by the p****y”, sexual assault/harassment, is a good thing. Funny thing is I’m not even a Democrat or a Republican.

Ah, I see ^^ Politics is very fascinating to me. Like I’m always all about it X’DDDD

You’re so right, but one of the Forum rules is " Topics should be Episode related. This is not a place to debate politics or religion or lobby for anything. This includes debates about people’s opinions or personal beliefs on religion and politics or anything that can be viewed as potentially hostile or overtly offensive towards other users." and I think this topic goes against it. But you’re right, feminism is all about equality for both genders, but there’s some women who take it too far and want things like No Father’s Day which is scary and believe in raising children as a single mom instead of both parents-no, you need both your mom and dad there for you!

Closed due to violation of Forum General Rules: