These two, i’m supposed to draw the graph but yeah, i dunno how to draw the ending of both of them. 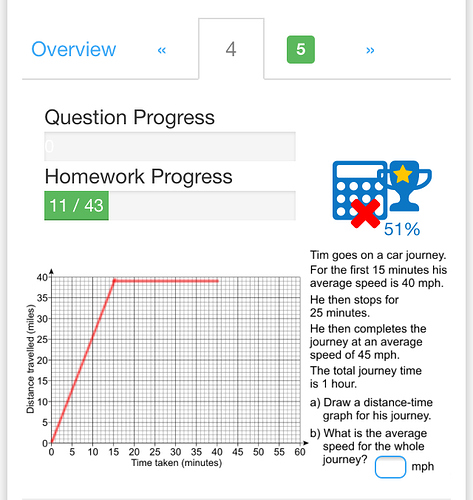 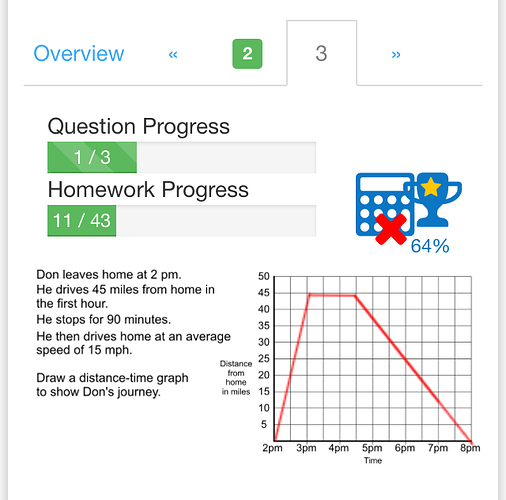 And this one, i searched it up and the answer is right, but i dunno 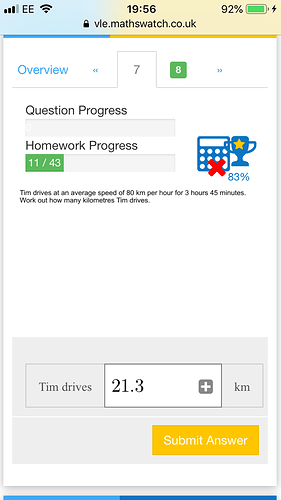 aHh i know its hard but can anyone help???

Is the red line what you’ve drawn already or was that already there to begin with?

I never seen anything like this before, but how I’m reading it, if in the FIRST 15 minutes, the average speed was 40, wouldn’t the red line start at 0 minutes already around 40 and then be stagnant there until 15 minutes, and then it would go down to 0 from the 15 minute mark to the minute mark…

I mean…I’m only just supposin’. I never seen this before >.> …but wouldn’t that make more sense…?

This is just a whole ass mood 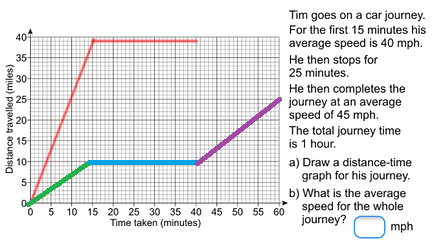 He then stops for 25 minutes:
If the gradient is flat, he has stopped. Because the distance is neither decreasing or increasing.
15 + 25 = 40 minutes.

Drawing this on the graph, in 20 minutes he travels 15 miles.

Hahah I’m learning about this too

In one hour Don travels 45 miles.

He stops for 90 minutes:
90 minutes = 1.5 hours
He has stopped; therefore, the gradient is flat because the distance is neither decreasing or increasing.

yeah, i drew it there (i dunno if its wrong lol)

No problem. Glad to help.

But emm, this one isn’t working… 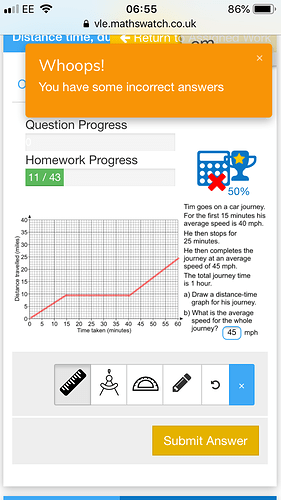 I didn’t calculate the average speed for you. I’ll with out if it’s that.

But it’s saying both of them are wrong

when you have a question right, it makes a “ding!” sound, but it just said “whoops you have some incorrect answers”

Ah. Sorry I have no idea where I went wrong. If you don’t solve it, I’ll take a look at it later, when I get a chance.