This has been happening to me for a the past week. Any stories that has an option to name the MC would get changed back to its default name like; Dahlia, NAME, FIRSTNAME, and so on… 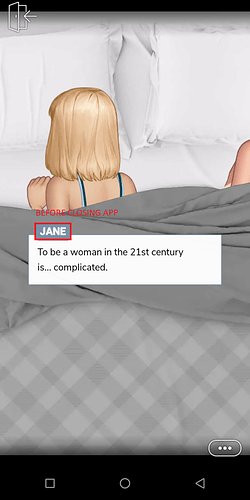 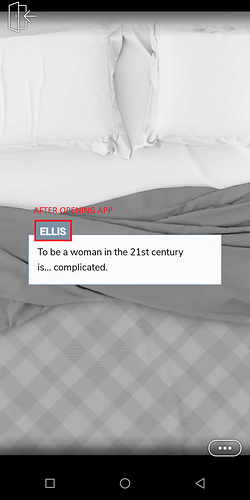 Apparently, these only happens the next time I launch the app. It’s as if I’ve never touched the stories but I still have the story progression.

Sure, I can live with my MC being called FIRSTNAME even though it ruins the vibe but… I’ll manage. But if it’s something that can influence the whole story and most likely ruin it? Hard pass.

I’ve already sent a ticket.
I just wanna know if anyone else is experiencing a similar issue.

Y’all, I’m exhausted. I reached the final chapter of a story I was reading that involved points and I didn’t get the ending I wanted because god almighty stripped me away of my good-good points

god almighty stripped me away of my good-good points

I haven’t noticed this but as an author who uses the point system, this scares me

I’m assuming it wasn’t an error on the author’s part?
(The name thing you showed screenshots for definitely isn’t though so…)

One of my readers had this same problem, they said that in the chapter after the points were fixed tho. I thought that it was an isolated case but apparently it’s a glitch on many devices

I recognize this story (It’s Under You) and I’ve read that first episode multiple times without issues, so I’m going to guess it’s a glitch.

Still scary for those of us who use points in our stories though.