My background won't switch only the previous background shows up help please?

AURORA (admire_happy)
THIS IS AMAZING!

@HARLEY faces left
HARLEY (talk_agree_happy)
Glad you like it

this is my script please help!!!

I think you forgot the space between INT. and OCEAN

Are you getting a script error?

no im not, so i dont know why this is happining

Could you please send some pictures of what is being displayed? Maybe I can help.

The same can be done with the second scene.

Just letting you know, you have two spots for Harley in the second scene:

Did you want them to walk to the second spot? 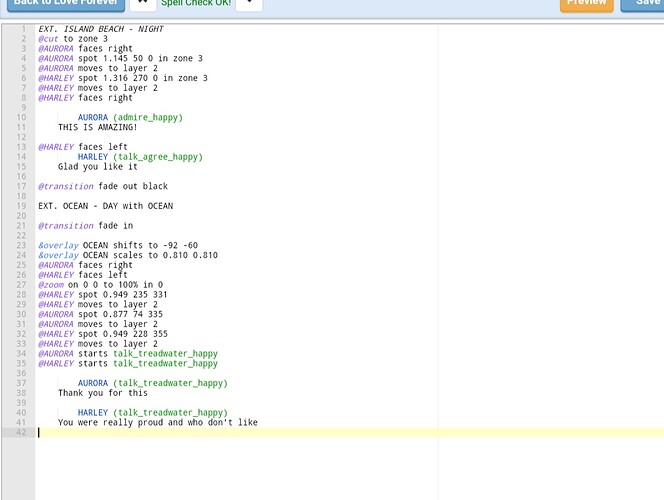 And most important thing INT.OCEAN-NIGHT with OCEAN OVERLAY in zone _
In which zone you want them

I hope this will help you out

thank you for your help! but i came to the conclusion that the background is just bugged and wont work. but i am thankful for the help!