My second attempt to make an art scene!

Guys! I made my second attempt! How is it? 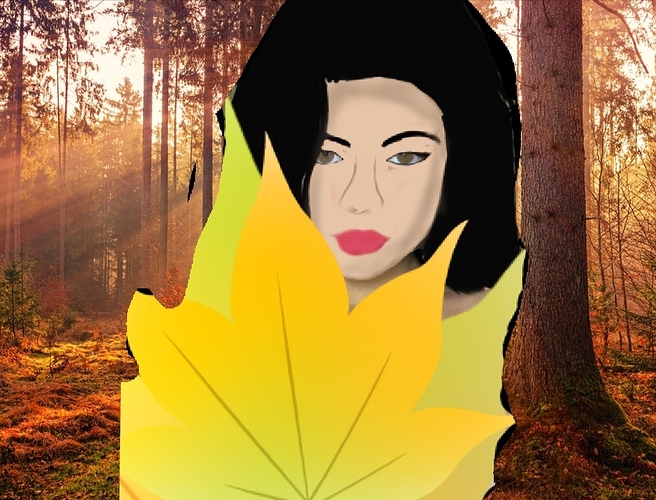 Pls forgive my flaws. It’s just my 2nd attempt. So mistakes might be there. Anyways I am expecting all of your feedbacks!

much better. the eyes are a bit blurry

also with hair, to make it more realistic it is recommended to use 3 shades of the colour you use, like base, a bit darker and a bit lighter.

also the shadow in her face, it kinda covers properly, it looks more like she has dirt in her face. to make shadow instead of making it more black make it redder. not much ofcourse.

its often a mistake people make that they think shadows shall be more black, but it often just look like dirt then, instead move the colour, let say you use yellow, then move it a bit over in orange to make it look like shadow, but ofcourse not to much

To be you second attempt, it’s so nice!!! My first attempt was rlly bad, you can see it on my art shop Here hahaha.
Anyway, it’s rlly nice, but you can obv improve, so can I!

Thank you! And ur art scenes are so gud! If I pm u will u clear some of my doubts?

Sure dms when you want