Guys, I need help! I’ve just published the third episode of my story yesterday, and I’m getting a ton of spelling errors. 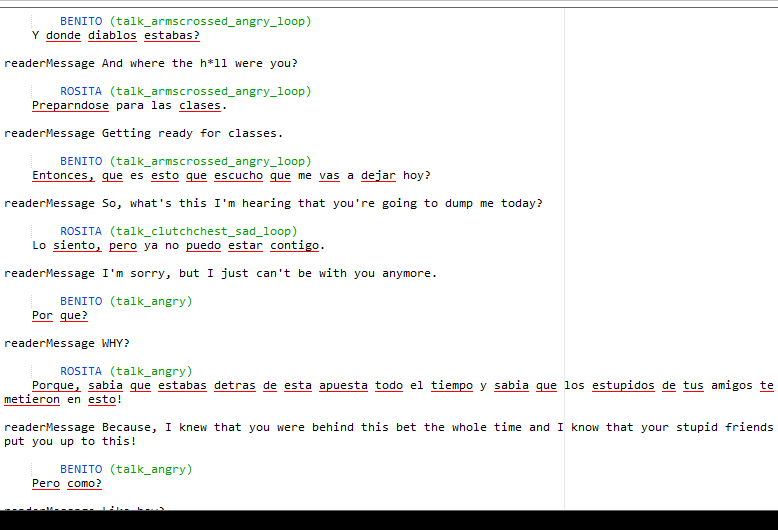 Help me guys. I don’t know what to do now!

I know. I just wish that Episode included a feature that included writing in other languages. Because my story has a ton of Spanish in it, because my characters are from Guatemala, Puerto Rico, Venezuela and other parts of Mexico.

Yo no hablo espaniol.

Spellings errors don’t have any sort of effect on your story. There shouldn’t be a problem.

I know. But I just wish that the portal would be able to recognize any type of language other than English though.

I know, but the portal’s being stupid though.

Episode undertstands English only! Since you are typing in Spanish, it thinks you are talking nonsense. Just ignore the spelling errors. You know that your are correct with your words!

I know. Because a fellow forum writer had suggested on what Spanish websites to visit for reference as well as researching each of my characters’ cultures and races.