My story is blocked for unclear reasons?

I released my new story a few days ago, and upon reviewing it, the Episode team sent me a message stating that some of the lines in my script depict drugs/paraphernalia (aa screenshot is below). But my story doesn’t show any depiction of it. I tried to “fix” it but they still said it shows hard drgs. If someone could please help me, that would be great. The script is below and please let me know if I’m missing something. 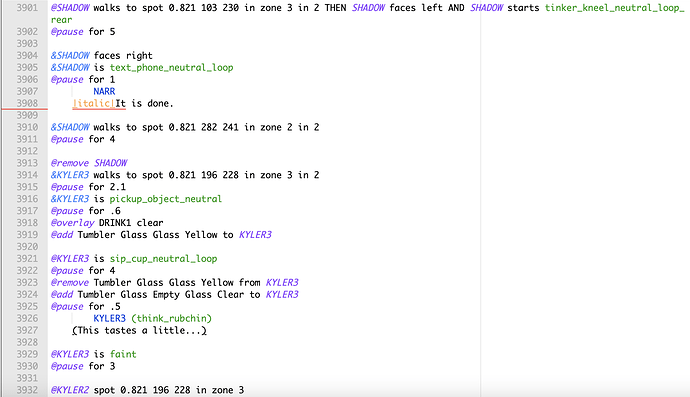 Also, when I attempted to fix it, I stated that the character was drinking ice tea, but I still got the email stating I was violation guidelines.

I’d probably just take out that scene entirely. Because by him fainting from that drink there’s that implication that the drink has been drugged. Although, I’ve seen popular authors get away with this countless times but for smaller authors this won’t fly apparently lol.

I know like some creators write scenes worse than this. I can’t really take it out because it’s essential to the plot (its a mystery) but I’ll have to see what I can do. Thanks though!

If you don’t take it out, as they’ve asked, or at least change it enough to satisfy the reviewer… then you’ll be banned from the app and the forums for refusal to comply.
I believe the first offence is a week ban, but continued refusal to comply could unfortunately lead to a permanent ban.

I haven’t refused to comply

I already emailed them that there weren’t any dr*gs in that scene and asked them for guidance. But if they can’t help me, I’ll have to figure out what to do next, like I stated above