Hello, I’m trying to make essential mystery characters for the plot. I haven’t exactly planned what I need them for, except a mystery photo you get from the only surviving person in it asking you to locate their bodies for their deaths have not been explained and that characters needs it.

So basically I need 4 characters for a picture set in 1969.

Lilith is a sweet, beautiful woman, somewhat wise and open to experiences, but not model beautiful, more like the type of beauty that’s only fully visible once you get to know her

Thana is like a wild untamed beast, still good looking in a more obvious kind of way, but unpredicatable and able to cause great damage if not careful, which she is not … a lot like fire. Thana is an Arabic name so she has to be darker skinned. I know people of other colours have names of different cultures, but it was highly unlikely to name a white girl an arabic name, especially one with such a dark meaning back in the 1940s

Cecil is a sweet character, but obviously lost in life and gets thru it on example of others. He is like clay, his mind can be transformed by anybody, he cannot think for himself but speaks what others have already spoken.

Alastor is the survivor. His only trait for now is that he has to share features back in 1969 when he was an adult, and now when he is 77 years old. I didn’t make a character for him yet because I don’t know I want him to look now.

I L.OV.E. them … also the clothes look so authenticly 60s, but also closer to the 70s and I love how Thana’s clothes are hinting at the hippie fashion but only hinting because she is a professor and needed to bring a bit of prfessionalism to the table. Could you please send the names of the clothes here?

I only didn’t really like Alastor’s clothes because that’s not who I pictured him to be, but I only said he was the only survivor so that’s probably why you pictured him as buff, strong and tough, but he’s the only survivor out of sheer luck, he’s just a professor that found something odd and decided to inestigate it back in 69’ and now has hired another professor to help him recover the information from back then.

I think this works much better for him 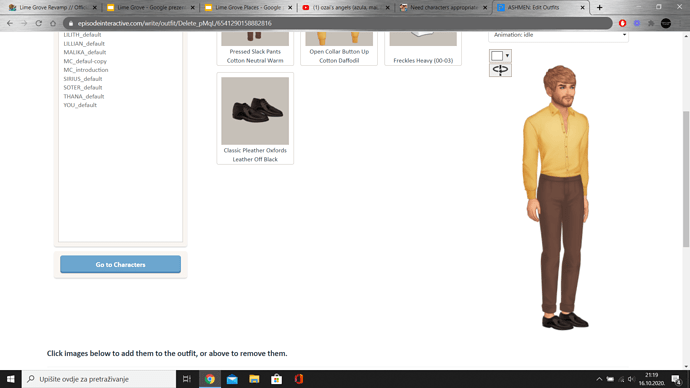 Thanks it looks great! 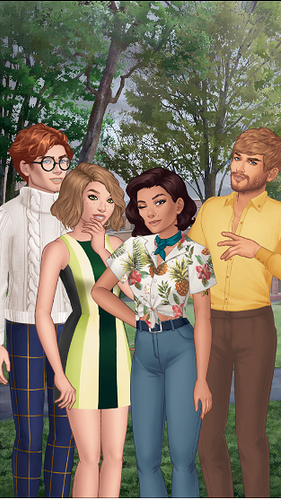 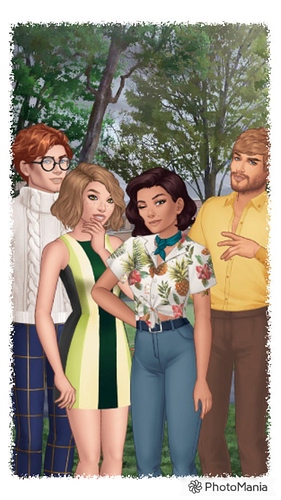