i don’t really get what this meant 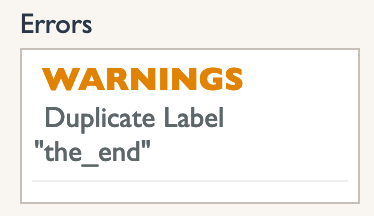 You have 2 Labels named: the_end

It means you have used the label the_end more than once. Which you can’t do. Have you written label instead of goto maybe?

@Minoesje @Jade.epi the thing is actually did use goto and the red “X” didn’t appear anywhere but the message did appear

Can you show the script

The only two places I used the label the_end 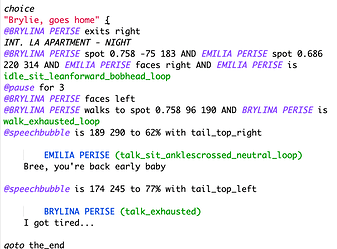 When you click on the error, where does it lead you to?

the start of the whole script

At the start of the script, does it say:

label the_end (like a warning symbol next to it) 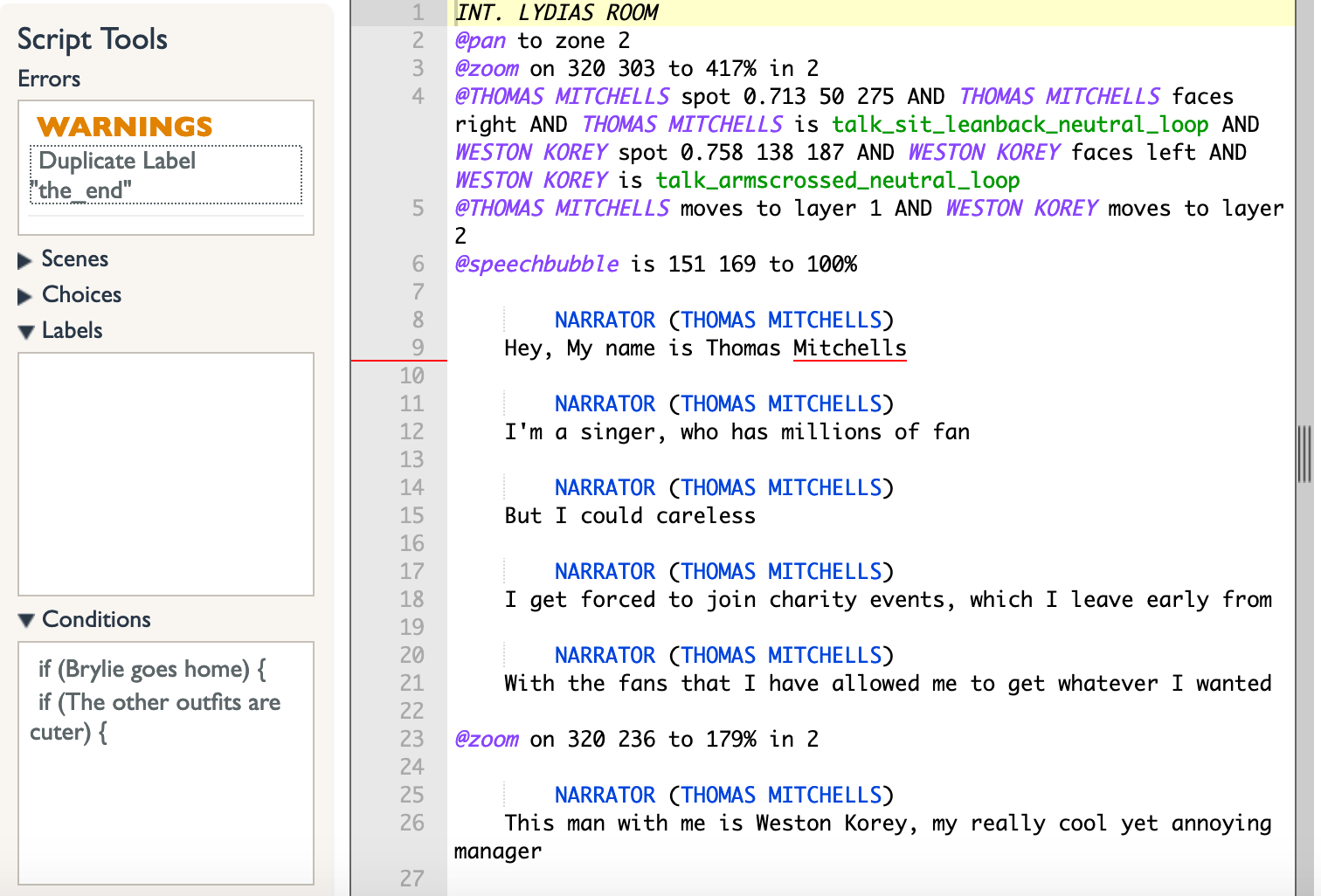 OK, that’s weird. So, when you went over your whole script, how many times did you spot label the_end?

this is the only two times I used the_end

Can you PM me your script so I can have a look to see where the error is?