Need help with an Asian Character

I need help with creating a character and I need to know what features I should be choosing.

Mostly those for features for each of the nationalities you can put extra features eg hair, nose etc

Edit: unsure as to why this was flagged as off topic considering it is the topic, when I am asking for help in creating a character as I genuinely don’t know what features I should be using to represent them correctly.

Hey! So I can’t speak for all Asians by any means, but here’s a basic breakdown.

Though most of us have almond, monolid eyes, not all do. It is very rare for Asians to have lighter eye colors outside of the dark brown/black family, but it is technically possible (excluding contact lenses or iris implant surgery). Typically, on the portal, what you’ll find are almond shaped eyes and monolid eyes (but only a few) for males, and tons of almond eye shapes as well as monolid varieties for females. All (except deepset almond) of those shapes are for Asian characters generally speaking. Yes people can use them for their own personal characters if they please, but when creating characters, it is generally considered culturally inappropriate to use them on Caucasian, or really any race, character besides Asians, as we are regularly shamed for our eye shapes as is (it has gotten better over the years, but it’s still a true fact).

Typically you’ll find Asians to be more on the pale side (probably tones 0-3 in the LL portal), but there can be and are darker skinned Asians, so don’t let the pale skin idea get in your way.

Most Asians also have naturally black/dark hair, but there are minority groups all around Asia with lighter colors such as brown, red, blonde, etc. (it really depends the region).

Noses I don’t have much to say about, there’s a vast variety of noses out there, none of which are particularly exclusive to Asians. I’ve found, with the few Asians I personally know and myself, that we generally have flatter noses than others. However, this is also based on my own experiences and shouldn’t be entirely what you base your character on.

My best recommendation for you would be to figure out which Asian country your LI is from first and foremost. Research the people of that country/region and go from there. Every region is different, these are simply the basics.

Thank you so much, I will look into what background my character will be and do some research as you suggested

Moved to Art Resources since this is about character design. Make sure to check out our Forum Tutorial for more info about creating topics, and feel free to PM me if you’ve got questions.

Thanks Sydney sorry about that

Asian features are quite diverse… People differ from country to country and even state to state.

Yes this is true! Bantu Africans also have monolids, but monolids are more common on people from east asian descent :)) I believe it would be culturally inappropiate if you use it and praise them on a character from another ethnicity and then go ahead and bash east asians for having them.

So I’ve narrowed it down to Chinese, am I safe to use Wide Almond Deep since its an almond shape? 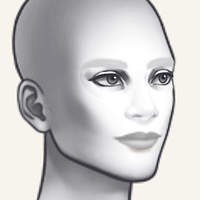