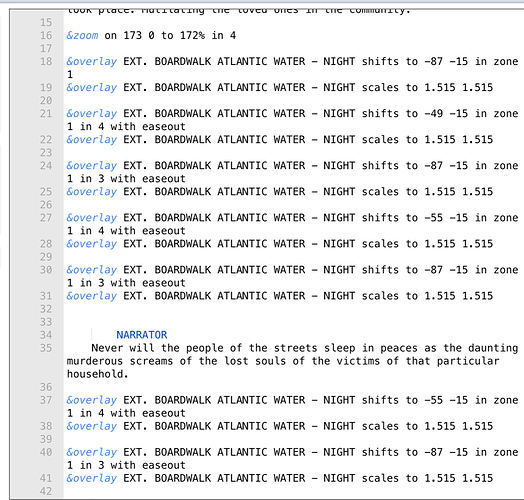 Instead of rewriting the overlay movement again, maybe you could add THEN loop x times which works up to infinity. If it doesn’t flow smoothly, you could try changing the moving function.

Omg thank you u sm I’ll try doing that x

Do I do it after writing the 1st 2 movement of the overlay going up and down ???

I think it would be as followed.