Hi everyone! Could some tell me if my coding is wrong because in the portal the red lake gif is glitching but it appears fine on the app preview. 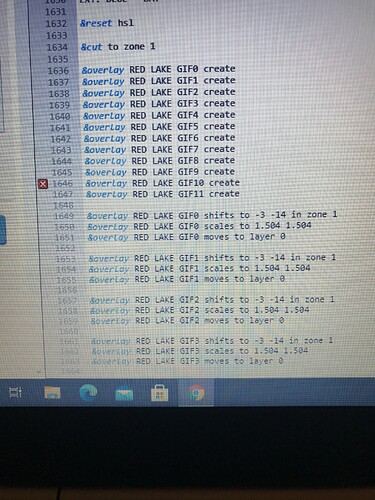 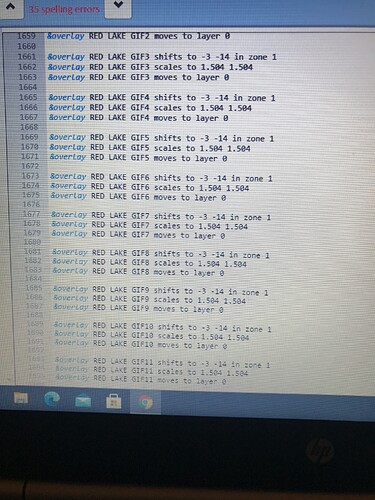 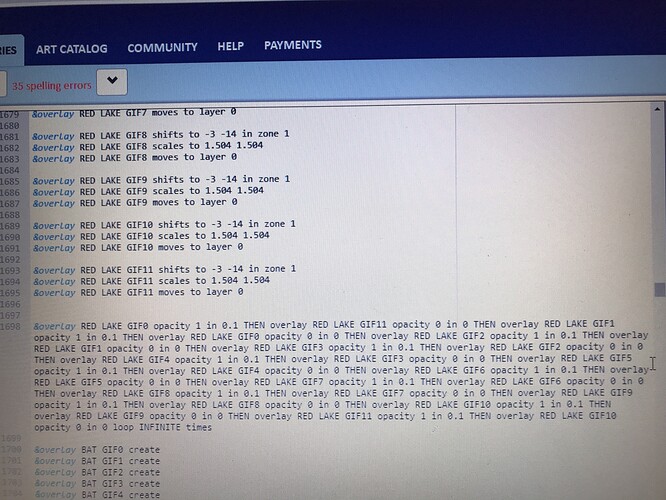 when you wrote your background name did you put with OVERLAY?

No I just used EXT. BLUE - DAY then created the overlays

EXT. BLUE - DAY with OVERLAYNAME
you have to place the overlay in the scene first

But Im coding a gif though. The last time I did it in other scenes of my story and nothing was glitching on the portal

Try using @ for the overlay creation and placing. Then use & for the loop.

Maybe you can’t just place it? If you spot direct a number should show up, like @overlay NUMBER_overlayname shifts to spot …

I did. I just want to know if the coding for it is right so that I know if it’s just a portal problem since it works perfectly fine on the app

@EtherealWitch do you think this code is correct?? Or are there any issues with it?? 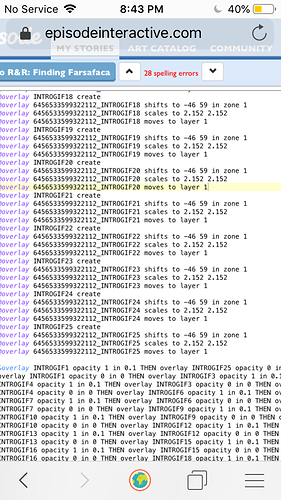 Try copying and pasting directly from the spot directing preview then.

Okay I’ll try it again and I’ll see if that works.

If it works fine on the app, it should be okay.
You don’t need “moves” though when layering your overlays.
&overlay OL to layer # works fine.

I’d also add “in 0” to the ends of your shift commands.

When I do gifs, I have all of them at opacity 0 first excluding the first one (which I have at opacity 1) before creating the gif looping sequences.

Okay thank you so much!

No worries! I hope it works for you.

I was sleeping but it seems alright! The problem of the portal previewer is that it doesn’t work right with complex codes, so always trust the app previewer more