Hi everyone!
I’ve just released my new story Reality behind Glasses and I would like it to be reviewed! Let me know your opinion about it, I’m open for any suggestions for improvement!

(Sadly, my Cover has been deleted. I’ve uploaded them again, waiting for approval

Title: Reality behind Glasses
Genre: Drama, Romance (Comedy)
Episodes: 3 (more coming soon!)
Description: Layla returns back home to reunite with her childhood friends - disguised as a guy! But on her first day in school, she’s exposed by one of her classmates! [LL,CC, Art,Choices M]
Link: http://episodeinteractive.com/s/5385205688631296
Cover: 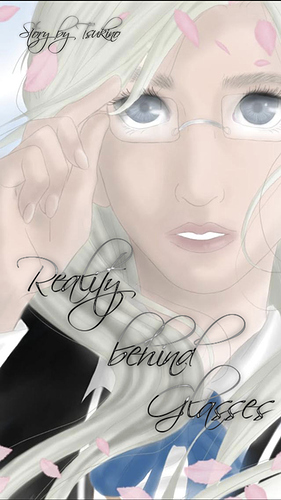 I run a two sentence club where a bunch of us give feedback and praise about a story. You can request there if you like

can you send me the link?

I think you’ve lost the opportunity for intrigue by telling the reader the whole mystery in the description and then disrupting the plot to tease an “I’ll explain later” in the first chapter, as a reader I was like “no, don’t explain I should figure this out throughout the story, I should think I’ve figured it out and then be thrown a curve ball.” It feels like a waste. I didn’t catch any grammar or spelling errors but I think you could use an editor to help with sentence structure and dialog. When the girl at the beginning said something like “it’s probably going to be a nerd” it felt really cringey, kids don’t talk like that outside of high school movies written by old people, in my experience. Also I am an old person and even when I was in high school we didn’t talk like that.

I think if the appearance of the character matters to custom art and backgrounds you shouldn’t be able to cc those characters or it should be limited/character art and backgrounds should reflect those options. It’s like when families are a different race than the MC because of customization, it’s more work but if you’re not going to customize the families to fit the MC than drop cc or you end up looking lazy and the story feels unpolished. Keep in mind that this is coming from someone who doesn’t like cc which an unpopular opinion.

I thought it was odd that the teacher knew and announced to everyone the MC lived there six years ago, a point that had already been made outside of the narrative so it’s not like it was new information to the reader, if the MC is trying to protect her identity why would she inform the school not only that she had already lived in the area but how long ago it was. Of course someone was going to figure out who she was.

Thanks for your honest opinion, it helps a lot! I’ll try changing the things you’ve mentioned!

Someone who reviewed my story before I released it, told me to give more background information about Layla, because she thought Layla might be a transgender. That’s why I put that information in the introduction.
And I thought that they need to know that she used to live in that country before, since she came from Japan. People might have asked why she doesn’t look like a Japanese.
And you’re right with the cc, I’ll try putting in an limited template!

I think maybe whoever beta read meant those questions should be answered within the narrative, it takes the steam out of the story to answer them all at once some before the story even starts. It becomes a pacing issue, there’s no payoff, and you have nowhere left to go once you’re done figuring out the mystery it gets boring.

I think you’re right and I changed it already! Thanks for your suggestions, they were helpful!

Anyone else open for a review?

Hey there, I just saw this

If you still need a review, feel free to fill out the link which is attached in our post below

Hey guys! We [@epimaniacs] are an Instagram group and we are also here to help!

You do not necessarily need an Instagram account; if you do not have one, please include the following in your request: “Forum: [f…

or visit us at @epimaniacs immediately