Not running to the right place

On both instances the same thing happened.

Now, I know that it probably has something to do with how each zone is 640 after the previous one or something like that but even after I tried fixing it by adding 640 to the second coordinates of char3 and char4 it didn’t work well:

*Adding it to the spot coordinates (I guess the 100 and 220) didn’t change anything
*Adding it to both the spot and the walking, or just walking coordinates made the walk from zone 1 to 3 instead. They also had the problem with being to close each other.

(Numbers refer to your bullet points) Okay so:

Also I recommend using “does it while” for walking/running, instead of “is”. It can spare you issues in the future. Sometimes it matters and the quicker you learn to use it the better

So the command would look like this:
@CHAR1 walks to screen left in zone 3 in 2 AND CHAR1 does it while run_athletic_neutral_loop

2.3. I forgot to say that I’ve done it (I just remade the script so it isn’t perfect, so just replace all spot XYZ with screen X). Otherwise why didn’t the spot version work?
4. I hope it will, because today it didn’t help.

Can you then maybe show your actual script? A screenshot preferably. 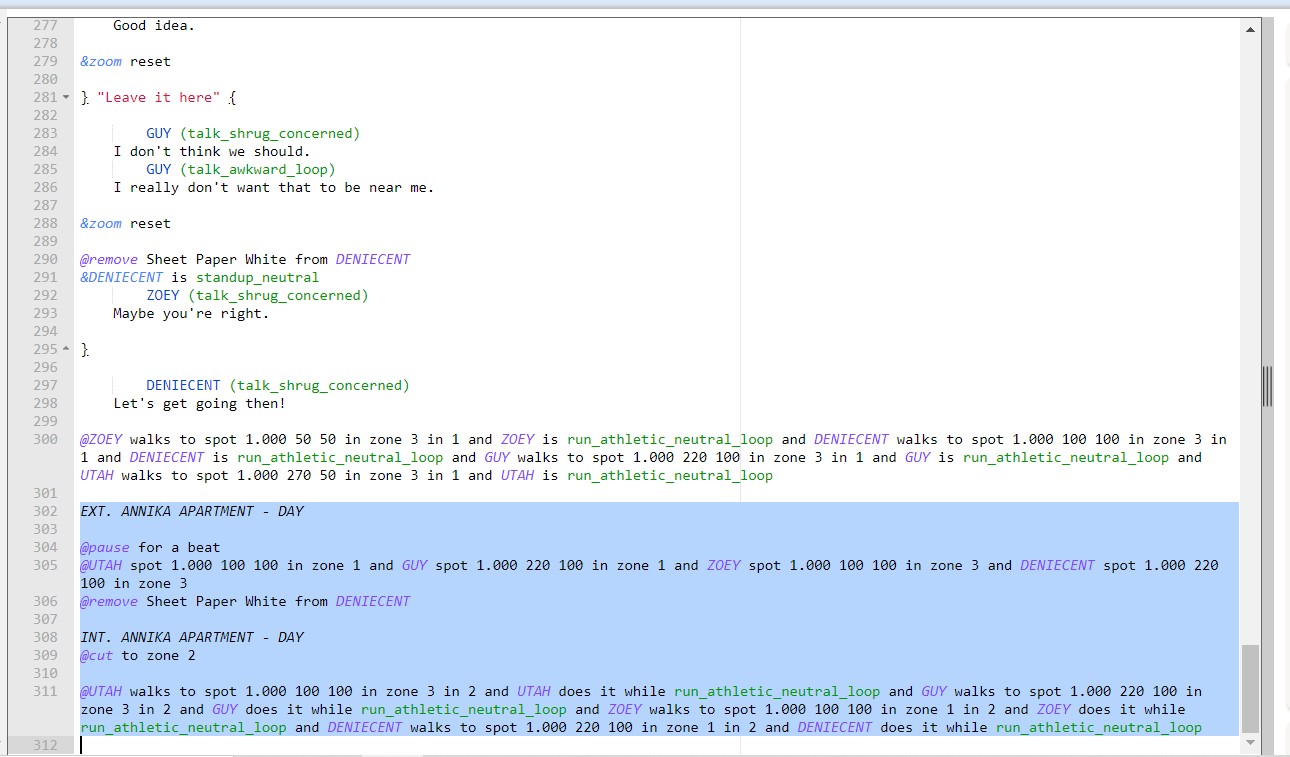 Remove line 308, you do not have to code the same background twice.
Starting a new background without specifying the placements makes the placement of the characters reset back to the default zone (zone 1), which is the reason all four of your characters start from zone 1.
Basically, the placements at line 305 did not apply at all because the script takes the second background as a ‘new scene’.

If you notice, it’s EXTvsINT.
But I moved the script to after the INT and it worked! TYSM!!!

My bad! But yes, you still need to place them before because it’s a ‘new’ scene.
Glad it works for you now!