Overlay help with layering....I fixed the other problems I was having

Is there still a problem or is everything solved??

If you’re still trying to solve this, I believe the problem is that you’re not doing the opacity code correctly.

That ‘in 0’ part specifies when the overlay should turn opaque. The ‘0’ is the amount of time that it should take to turn opaque/visible.

The overlay coding is;

(credit to Dara Amarie of course!) 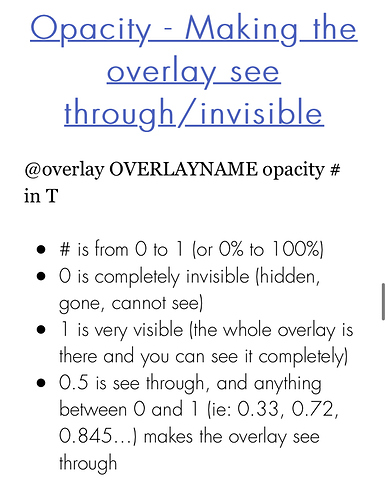 I recommend looking at her website, dara-amarie.com. It’s really helpful!