So I’ve actually used this same type of code multiple times just different scenarios and it doesn’t appear for just this one time? I’ve gone over multiple times to try and fix it but it isn’t working. The point of the code is for it to slide down into the screen and fade in for a moment then slide back up while it fades out. As I’ve stated previously, I’ve already been able to execute it perfectly before but just this once it isn’t working? Here’s the piece of script if it helps. 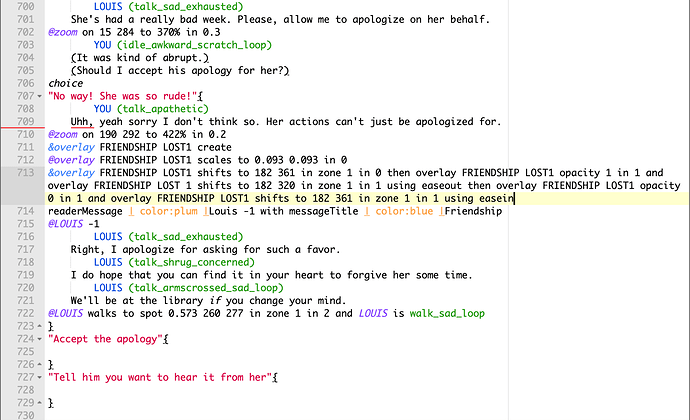 Omg, I can’t believe I missed that

Thank you! I just tried it and it works perfectly!