Can overlay names have “AND” in them when uploading to portal?
My overlay got approved but I can’t seem to make it appear because of the “AND” I added to the name 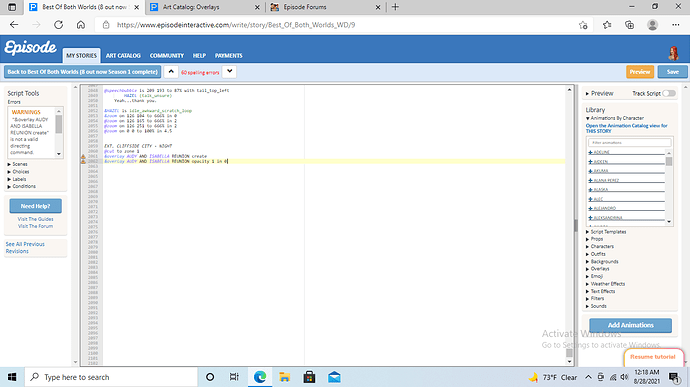 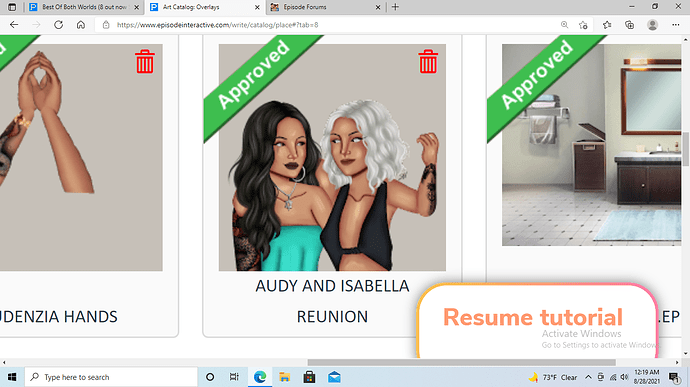 Try changing the overlay name to AUDY_AND_ISABELLA_REUNION instead. Let me know if this works.

I reuploaded the overlay to the name you suggested, I’ll let you knwo if it works like that

no overlays cant have AND in them, it confuse the code.

Yeah I learned the hard way just now, but thanks for letting me know. I’ll keep that in mind for next time!

yup it sure did, just waiting on it to get approved again. 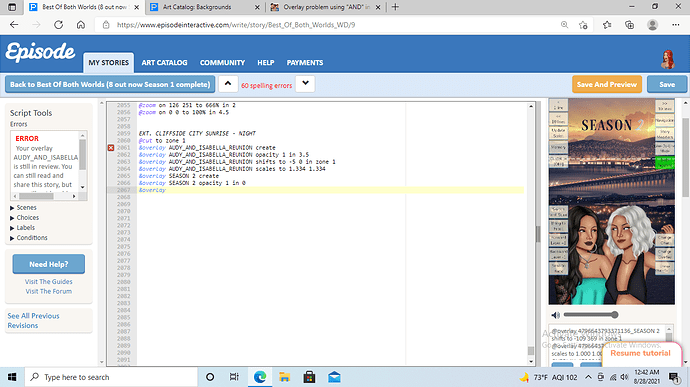 You can still continue working, it dosent need to be approved for you to work with it.

if you finish your chapter read it through some times, fix mistakes and such look at grammar, have you read the story on the app, because sometimes it looks diffrent on the app.
I had problems with people be wrong layer, overlays have a second delay, and people sitting down when I move to next scene. and non of that show on the portal.

Yeah i do play by play on both my computer and phone while I code to catch any errors.
That portion where I had problems with that overlay was/is for my new intro splash.