Overlays jump on screen before resizing

Hello! I’m writing a story that involves a lot of overlays that I made or took from websites. The problem with that is, every time there’s a scene with overlays they take a second to scale down to the size I want them to be scaled in, doesn’t happen in the portal but it happens through the app and it’s extremely annoying

I’ve tried most things including using & instead of @ and it still happens. Any tips? Thank you!

do u have a screenshot of the script 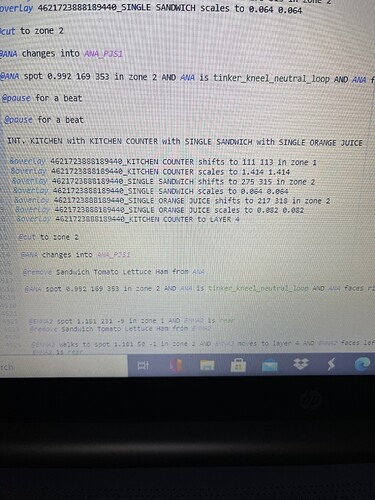 I’ll give it a try! Thank you so much

or if you want to write it next to the BG - add the shift and scale there too like this:

I have this problem a lot too and this code has helped tremendously when including overlays mid way through the script:

This prevents any jumping or glitching prior to it appearing.