I’ve been trying to figure this out all night because I’m constantly on here always asking for help lmao im such a noob.
Anyways,

It’s just confusing me and I don’t know how to fix it because I’ve tried multiple codings hoping it would work out right, but obviously i’m doing it wrong.

If someone could help out, that would be great, thank you!

Here’s a screenshot of my script: 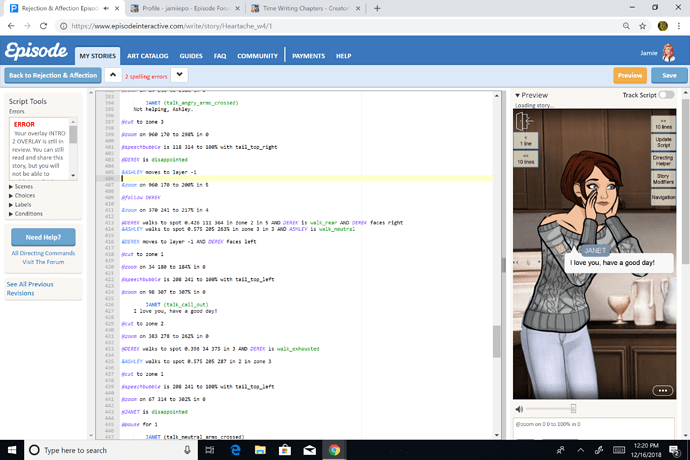 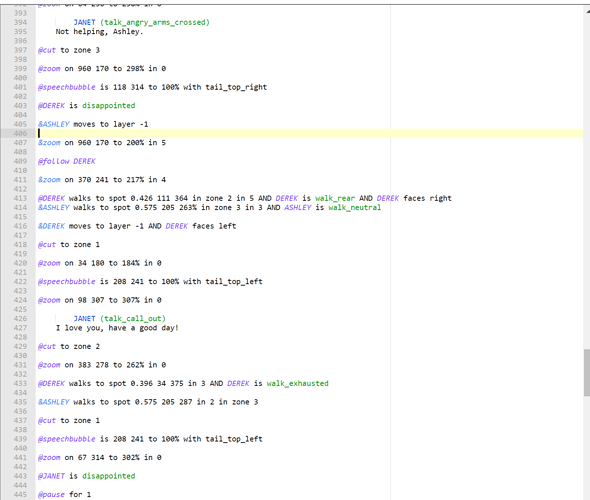 Have you tried @follow DEREK to screen (whatever) in zone 2

Change your code to &DEREK and @/ASHLEY and they will walk at the same time.

(Disregard the / in Ashley - not trying to tag anyone

I hope I understand and can correctly explain this.

I don’t use @follow CHARACTER to screen x since it never works for me. Following doesn’t work with spot commands either. You’d have to do it like this: