Plagarism, a new app, who knows

apparently there is some new apps out. but they dont seem to be by pocket gemsthe company who own episode

it is very mysterious, it could be pockets gems testing out stuff, they dont it before, with Ivy and other apps, but it can also be someone else plagiarising them

what do you people think, 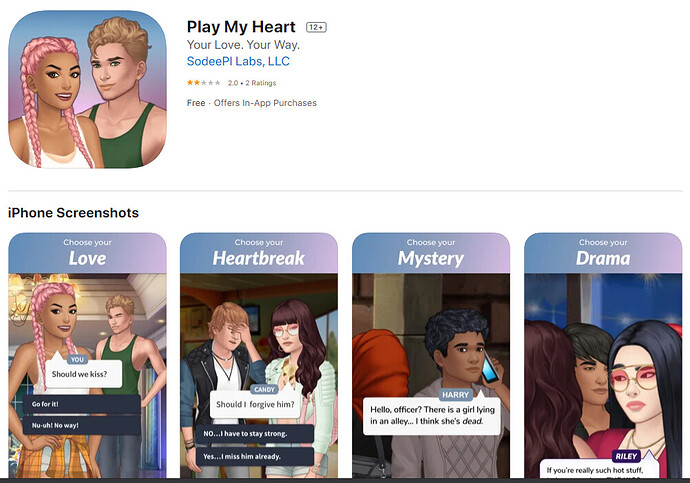 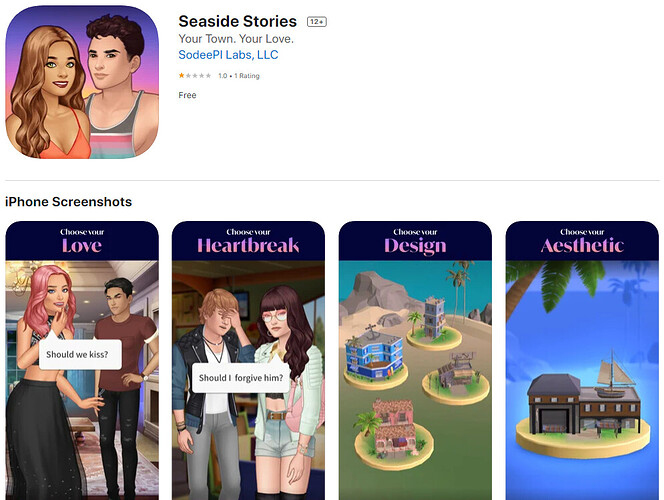 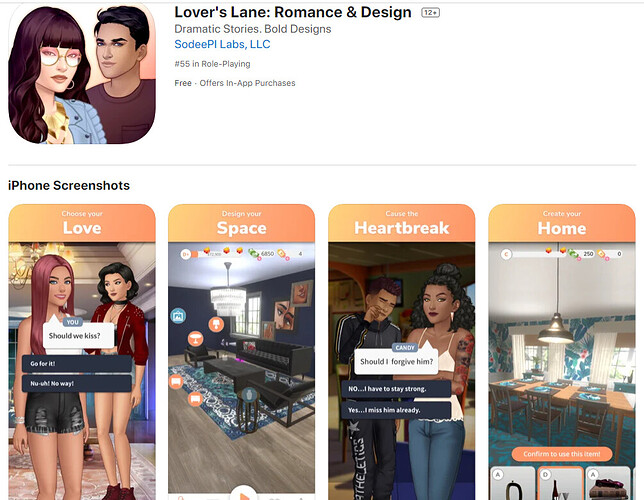 Hopefully it’s pocket gem testing something new because the Limelight graphics are identical to Episode!

This looks like if PIMD and Episodes had a child.

For those who don’t know what PIMD is, they have the identical ‘build your own room with currency/etc’ as a side part to their game, with their layout looking super similar.

I think this is stolen, AND 1. it’s very obvious, Episodes would shut it down ASAP and who would go through the trouble of making a new game just to be shut down instantly for using someone else’s assets?

Also, 2. Why would Episodes make a more… crappy version of their own game under a different name? It boggles my mind. It’s NOT the same art style. It’s a mix of 3D/2D where the 3D looks really badly done (sorry!).

In my experience there are LOADS of copycat games out there, or myriad games with exactly the same gameplay but different graphics. I wonder where the legal line is.

So theres a 79%+ that its by pocket gems

LOL WHAT IS THISSSS

I’m not sure how to explain it but Sodeepi Labs, LLC is associated with Pocket Gems, INC.
They hold a position in Pocket gems.
So perhaps they had a deal or something… I don’t know…I don’t want to know…Not my business.

It seems liket it’s only available for IOS not android.

Since they’re all by the same company that I’ve never heard of, I’m going to go with plagiarism

Edited because the link above that I apparently missed debunks that theory lol. Guess they’re a subsidiary which does make more sense.

Edit: So I googled them and found their TOS. They mention Pocket Gems a couple of times.

For clarity, animations of any kind generated within or from the Service are owned by Pocket Gems.

No idea if they actually have permission or if there’s any relationship whatsoever.

I was going to bring the same link as epic_ice. It looks like Pocket Gems is the parent company.

They had another test app out before.

Keep in mind that all of the animations, clothing, looks, etc. are code. This isn’t as simple as stealing or copying artwork. In order to plagiarize something like this, somebody would have had to have access to all of Pocket Gems’ codes and I’m not sure anybody would want to risk the level of legal consequences that would come out of taking something that unique. It’s not impossible, but highly unlikely.

Usually when you see apps like this, it is PG behind it. The last app I saw them run a test on got hit with a bunch of one star ratings because people thought they were stealing from Episode. Come on, guys. Nobody’s going to have that type of access to Episode’s codes except for PG employees and I doubt any Episode employee would be foolish enough to do something that blatant on their own.

i saw these before, i downloaded the 3 apps (or 2 i think). it’s exactly the same. it is kinda sus bc the company name is different, but if they are a copycat, i’m just curious how they stole everything, which makes me think that’s definitely really hard to do so it’s probably just pocket gems.

the only difference i can remember is the main/home screen is sort of like the ones from games such as candy crush or something. it didn’t look or feel very episode-ish, a little like an indie/unpopular game